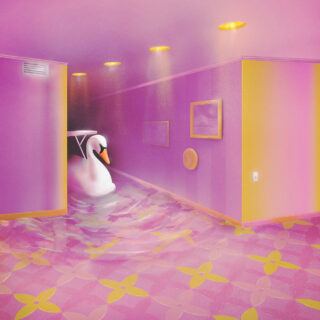 Tired of playing in bands such as Eyedress and The Simps, Zahara Jaime started solo project Zzahara to explore different genres.

The L.A. songwriter and guitarist has used their newfound artistic control to springboard from their familiar post-punk into somewhat lighter, more indie-focused territory on their debut. The spidery, gothic vibe of The Cure is an obvious touchstone on opening track ‘G(url)’, which is densely layered with guitars and synth. As their emotional evolution unfurls over the following ten tracks, however, the downbeat tone assumes some light.

Detailing feelings of disconnection, lust, and queerness, they gradually strip away the barrage of shoegaze layers to uncover something simpler. This moves through the jangly guitar pop of early Smiths (‘Get Out of LA’), angular math-rock (‘Possessive’), dollops of ’80s new wave (‘Julia’), and ends with the dreamy synth wash of Beach House (‘It Will Get Better’); much of the new wave material calls to mind North London indie group Girl Ray.

Yet while they inject a ramshackle charm that is sometimes more distinguished than their melodies, Jaime fails to bring a strong personality to Liminal Spaces. Without this character hook, and despite their lyrical confessionalism, much of the album is too generic to make a lasting impression.