If only she hadn't been playing in a jazz band

Jehnny Beth: I grew up in a city called Poitiers, in the middle west of France. I lived with my parents and my older sister. My sister is also in high school, and she has a great bunch of friends, who I love spending time with too. They’re older than me but to me they were more interesting, and they accepted me as one of their own.

I always enjoyed school, which sounds really boring, I know. Sorry. But in that year especially, one of my best friends was called Mathias. He was incredibly talented and clever and quick, but also very wild. And I remember we wouldn’t sleep all night, smoking marijuana, finishing our essays. I was working a lot, but with a friend who made it incredibly fun. It was cool to learn. I remember we had to do a presentation on homosexuality in ancient Greece, so we smoked a hell of a lot before going to class, because when we prepared for it we were incredibly high and made a whole explanation using cookies. We got the highest grade. It’s kind of pathetic and nerdy, but we had fun.

I always felt lonely though. There were a lot of gangs but I had trouble fitting in. And I enjoyed it – I enjoyed feeling like a lonely wolf. The main thing that was taunting me at the time was my sexuality, because since the age of eight, without knowing it, I’d felt attracted to both sexes, and I didn’t really know what to do with it. It was a real issue for me, and I remember lesbians trying to date me and not knowing what to do with that. I was really doubtful about what was my identity, so that created a lot of anxiety for me – panic attacks and all the things you have to deal with when you’re sixteen. But there was music as well. I was playing jazz – bass and piano and singing. My first band was a girl jazz band, which, again, sounds very boring… but it was fun. We played one show. It was very embarrassing because I wanted to be David Bowie but I was in a jazz band. I went on stage all dressed in white, with white wings. People said to me that I didn’t sing very well but they really liked the stage presence; I remember that was the feedback. It’s true – I was more concentrating on the moves than the singing.

And then I was going to drama school, because my father was a theatre director, and a director of a company and drama school. Later I chose music, and I knew it would be a disappointment for my parents that I didn’t pursue acting, because when I was 17 I was in a movie [Through the Forest] and suddenly had an agent in Paris, and started doing castings. At the time I was very unstable, and doing casting at that age is kind of the worst. For me, it was hard to take the ‘no’, and to be at the mercy of someone else’s desire and plan.

Part of my decision to move to London after that was because I was done with learning. But my first trip to England was to Northampton, where Bauhaus are from, on a school trip. I was listening to a lot of Bauhaus, and I was so excited that I was going to where it all began, and when I saw the greyness, the rain, the bricks and the barbed wire, I was like: “Now I get it. Fucking hell.”

As told to Stuart Stubbs. 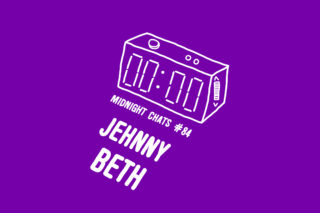 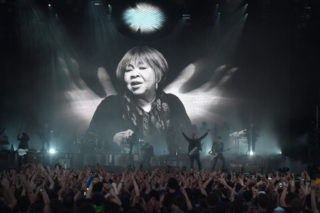 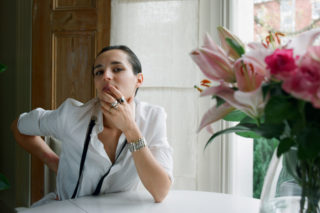 Tell Me About It: Savages’ Jehnny Beth discusses a year of meeting her heroes and conducting powerful communal gatherings