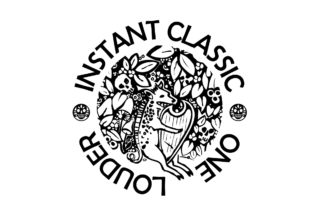 Polish experimental music is going through a renaissance, and Kraków's Instant Classic is the best place to start for the uninitiated

Readers of Loud And Quiet may recall that I recently spoke to Rocket Recordings co-founder Chris Reeder about his label’s 20th anniversary. We covered the length and breadth of his career, but we mostly did what any one of us would do: talk about bands we like. Snapped Ankles, Lone Taxidermist, that sort of thing. Within the same breath as those British sonic disruptors, we enthused over Polish duo Wacław Zimpel and Kuba Ziołek’s gorgeous collaborative debut. ‘Zimpel/Ziołek’ is, to put it mildly, gorgeous – a finely-crafted, ornately-etched wooden music box of a record. It’s blended from various musical traditions European or otherwise – Ziołek’s American primitivist finger-picked guitar unbroken beneath Zimpel’s breathy clarinet flourishes – with the generous minimalism of Harmonia, and perhaps just as utopian in its ambitions.

We couldn’t help praising the magnificent creature of ‘Zimpel/Ziołek’ without also lauding the beast which bore it – Instant Classic. With an incredible winning streak of expansive releases, it seems like the Kraków label regularly churns out more masterpieces than is expected – or even warranted – from a small label.

Exceptional as the still-fledgling label may be, Instant Classic isn’t alone. Other Polish indies like Plaża Zachodnia, Latarnia Records, and Palcolor Electronics consistently champion the country’s forward-thinking creators, some of which receive unexpectedly mainstream coverage on home soil. Meanwhile beyond the channel, Instant Classic is seen as trailblazers of this nation-wide shift in consciousness – the figurehead of what the UK music press have dubbed “New Weird Poland”, as cemented recently by Zimpel and Ziołek’s debut UK performance at Rocket Recordings’ 20th anniversary event and Zimpel’s live appearance alongside Belinda Zhawi and Forest Swords on BBC Radio 3’s Late Junction.

The appreciation isn’t necessarily shared by everyone though. “These days our government prefers to export some patriotic, low-quality bullshit than more compelling stuff,” says Maciek Stankiewicz, a former music journalist who, along with brothers Arek and Mateusz Młyniec, founded Instant Classic around 2012. Their first release, a limited run of X:Navi-et’s sinister ambient LP ‘Soundtracks for the Dying Moments’ is a far cry from any shopfront patriotism, following an unofficial rule the label have followed almost 70 releases later: to resist paltry nostalgia.

Nevertheless, Instant Classic’s roster is anything but musically uniform. In Maciek’s view, their primary exports of free jazz, electronic, and extreme metal is oddly reflective of current streaming trends and developed listening habits: “I bet that if you asked 10 random people what kind of music they keep on their Spotify playlists they would run into issues trying to explain – which is great, if you ask me.” It’s often said of independent labels that they’re freed from the constraints of monetary gain in today’s haemorrhaging industry (Maciek and co. work regular jobs to pay the bills and, you know, eat) which, in some cases, puts quality over quantity. This is surely the case with Instant Classic, who can justify releasing material on a simple criteria: “either we like it or we don’t”. With that impetus, why would anyone bother playing it safe?

On the extreme end of Instant Classic’s output is Merkabah’s brutal and often confounding free jazz-informed metal. Before that potent mixture brings to mind a slew of cursed images (musical performance undergrads, trousers with too many pockets, men with gravity-defying fringes), it should be said that the Warsaw group strike a meticulous balance between technical prowess and heavier-than-heaven mood. ‘Moloch’ flits from 70s Miles Davis textural blocks to Mats Gustafsson ecstatic squalls and, best of all, it’s metal that takes its time traversing the void in-between.

Speaking of Gustafsson, the one-man gold standard of contemporary European free improv jazz makes light work of absolutely mauling his sax for ‘The Last Illiterate’, the opening track of BNNT’s ‘Multiverse’. Clad in rag balaclavas and donning a makeshift, future-dystopia instrument resembling a Tomahawk missile, core duo Konrad Smoleński and Daniel Szwed explore the manmade horrors of the 20th century and, most cheerful of all, life under 21st century capitalism. ‘Multiverse’ often comes off as a political radicalist pantomime; audio snippets cheekily lifted from Orson Welles’ ‘War of the Worlds’ radio broadcast, quotations by pessimistic philosopher Emil Cioran in album sleeve notes. But even performances this audacious and gurning provides a sort of balm.

Instant Classic often do loud and heavy, so it comes as a big surprise when they turn subdued and elegant. Recorded in Bangalore in collaboration with Indian musician friends, clarinetist Wacław Zimpel’s ‘Saagara’ returns to the basis of his debut to further explore the surprising link between Polish jazz – Zimpel’s clarinet-playing having come from a traditionalist approach stemming back to his school days – and raga music. This is nothing new in and of itself; Western musicians sought inspiration from ‘Eastern’ musical forms throughout history, often with disdainful and destructive consequences. But Zimpel’s studious and measured approach serves his need to make connections across divergent traditions.

You can’t really talk about Instant Classic without mentioning Kuba Ziołek, the label’s best-known artist outside of Poland. What’s more, his back-catalogue is a perfect microcosm of the label’s genre agnosticism; he’s made moody drones as one half of Kapital on the superb ‘Flux’ (featuring Richard Pinhas of French electronic rock innovators Heldon), minimalist folk with ‘Zimpel/Ziołek’ above, and improvisational jazz with all-star ‘supergroup’ Innercity Ensemble. The hydra-like musical alias that arguably synthesises Ziołek’s many styles is the now-defunct Stara Rzeka (Old River in Polish). The lo-fi hiss of his 2013 release ‘Cień chmury nad ukrytym polem’ (‘A Shadow of Clouds Over a Hidden Field’) may be rougher on the ears than later releases, but it’s the best introduction to Ziołek’s concoction of esoteric black metal, radiant ambient passages, and disarmingly plaintive finger-picking style. I hear people asking: what would John Fahey sound like had he lived beyond the morose outsider folk of ‘City of Refuge’ and ‘Womblife’? I say to them: look no further.

In these days of political uncertainty, with the UK seemingly sinking into an irrevocably homogenous state, I can’t help but think of our listening habits as being coterminous with our politics. As I revered ‘Zimpel/Ziołek’ with Chris Reeder, I couldn’t help but remember the day, two years ago, of the momentous Brexit decision which would set into motion (a loose term if ever there was one) the process of Britain’s departure from the EU. It was 4am, the result was certain, and the sole Leaver in a room of Remainers quietly rejoiced, making the outrageous and inaccurate claim that his elderly grandmother, who lived in Bury St Edmonds or something, would no longer have to hear Polish spoken in her GP waiting room. Almost two years later, it feels deeply salient to celebrate the adventurous sounds of the continent, especially those emitting from a nation so maligned by the conservative population of Britain. Just as a new critical vocabulary in rock music was trialed by likes of Can, Kraftwerk, and the generation of young German radicals eager to engage with the crimes of the Third Reich, another vocabulary is emerging in Poland today, and Instant Classic is its consummate entry point. “Polish music is going through a renaissance now” says Maciek Stankiewicz. It’s time we start listening.