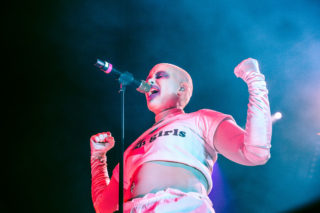 Obfuscation has always been integral to Karin Dreijer Anderson’s live appearances, whether that meant shrouding herself in druid robes, hiding behind a half-melted pig mask – as she did at Sweden’s P3 Guld awards ceremony in 2010 – or rendering herself anonymous by blending into a chorus of dancers miming vocals, a la The Knife’s divisive ‘Shaking The Habitual’ live show. As she explained to The Guardian in 2013, “It’s always fun to try out different roles… I would like to quote [gender theorist] Judith Butler, who says, ‘We are always in drag.’”

Dreijer is currently in the midst of playing her most striking role yet – a technicolour expression of her fluid sexuality. For where her 2009 debut as Fever Ray set the isolating experience of motherhood to electronic soundscapes that ranged from moody to oppressive, 2017’s surprise follow-up has been feted as a coming out record, celebrating queer desire and dark, dance floor-ready pop in equal measures. Assertively extrovert in its delivery and often high-energy, ‘Plunge’ instantly sounded uniquely-suited to live performances, and her latest tour does little to dispel that notion. 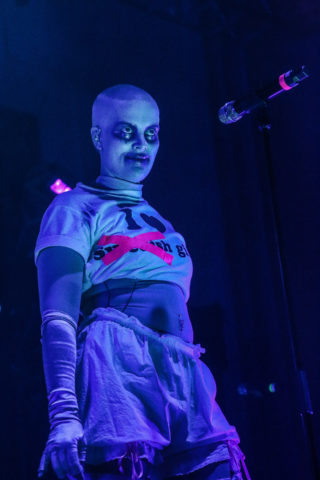 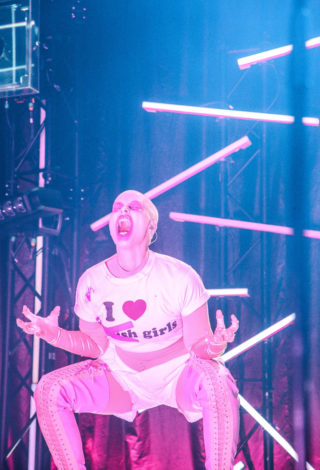 Tonight she’s flanked by five female musicians, sporting ostentatious outfits that variously feature blue fur, black latex and a cartoonish, neon-orange muscle suit. Dreijer herself is bald, with bloody red rings daubed around her eyes and lips, and wearing a cropped t-shirt emblazoned with the legend ‘I heart Swedish Girls.’ Backlit by multi-hued strip lights, the overall effect falls somewhere between BDSM-style Harley Quinn cosplay and B-Movie asylum escapees. It’s joyously tongue-in-cheek and hugely fun, and large swathes of the audience take the choreographed interplay on stage as a jumping off point for their own enthusiastic dancing.

Accordingly, it’s the more energetic material that works best. The majority of the set is focused on songs from ‘Plunge’, but tonight’s version of debut album-cut ‘I’m Not Done’ is bolstered by a pounding house beat courtesy of the two percussionists, and steel drum effects lend ‘Triangle Walks’ a joyous, carnival feel. From the new record, ‘Wanna Sip’ glimmers with industrial menace, all distorted siren sounds and sing-shouts, while ‘To The Moon And Back’ is the brightest, most accessible moment of the set – and indeed, Dreijer’s career – were it not for the line “I want to run my fingers up your pussy.” The entire room bellows along. Tonight the Troxy has been transformed into a safe space for the “queers and weirdos and freaks”, much to Dreijer’s delight. 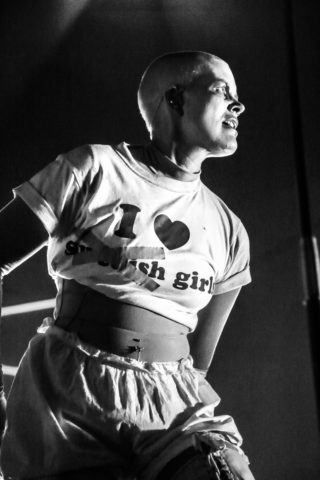 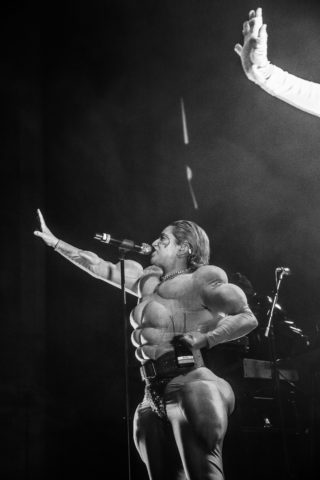 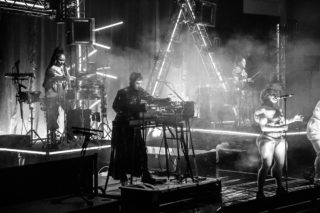