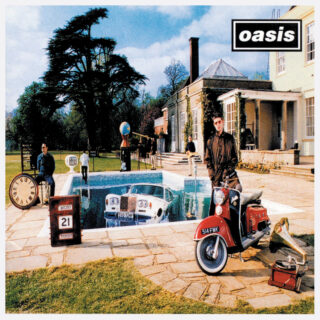 Be Here Now: musically faultless, from ‘Magic Pie’ to ‘Yellow Submarine’, but what about that iconic cover!? It’s bamboozled fans and critics for a quarter of a century, who’ve often come to physical blows over the coded messages within it; what they could possibly mean, and whether or not the image was simply made up of random props from a BBC cupboard that Noel Gallagher thought looked “gear”. There’s strong evidence for the latter, especially when you consider how the band were banging so much Cecil in ’97 that they forgot to put bass on any of the album’s tracks. Still, I’m a strong believer in the hidden messages theory, because a work of art this special simply couldn’t have come from chance.

No brainers include: the calendar featuring the date the album was released, the gramophone (the album was available to buy from HMV, and the record would play on a gramophone, minus bass) and the sinking Rolls (money). The clock with no hands isn’t so tough either – sometimes, listening to Be Here Now, it feels like time has not just stopped but disintegrated altogether.

We now believe that Bonehead playing a massive key was not a drug reference but a nod to his ironic nickname “Locks”, on account of his extremely thin hair, while sources say that Paul Weller insisted on his scooter being included so he could sell it to Ocean Colour Scene for double its asking price. As for Noel looking at a globe through a telescope, could that be a reference to ‘A Watched World Doesn’t Stop’, a track rumoured to have been eventually cut from the album due consisting solely of a 20-minute guitar solo? I think so. Definitely. 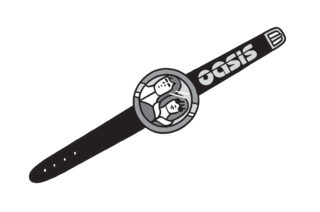 Is a woman without a watch really to blame for Oasis? 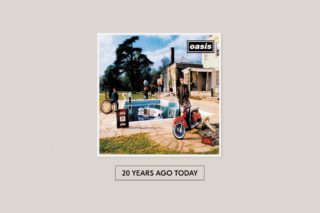