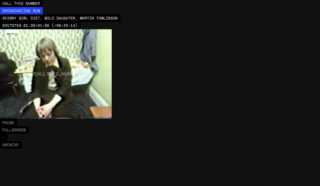 More interesting than another Top of the Pops rerun

On my computer screen, documentary footage from the 1980s flashes steadily, bright and strobe-like, interspersed with kaleidoscopic neon colours — generically eclectic music sets the tempo (reggae, punk, R&B). I look away intermittently as the pace of the images sets me off balance, even though I am sitting down. The colours move weirdly behind my eyes.

Every now and then the ‘80s montage is interrupted with hazy footage from a London garage, where musicians are performing live, to an invited audience. The atmosphere is close and intense; watching from behind a screen you can sense the sweat dripping from the plasterboard walls, the warm beer drunk out of plastic cups as everybody tries to keep cool. A friend I have told to tune in tweets me that this is “like being at a party, drunk, when it has stopped being fun”.

This is ‘Call This Number’, an experimental ‘guerrilla’ analogue broadcast hosted by Steve Mackey (Pulp), Jeanette Lee (once of PiL, now running Rough Trade) and Douglas Hart (The Jesus and Mary Chain). It is an erratically scheduled live show, announced via Twitter and Instagram, captured on 1970s cathode ray tube video cameras and live-streamed to a website that is removed after broadcast. They’ve done one before (Sleaford Mods, Goat Girl, Jarvis Cocker, Bobbie Gillespie have done individual performances). The creators say that this is a “refusal of the internet’s archival impulse, of the need to access anything at any time in our endlessly lateral digital space.” In other words, you either tune in while the broadcast is happening, or you miss it. It cannot be accessed retrospectively. This is a live event for the digital age, ephemeral and fleeting. A schizophrenic, self-destructive pirate television station. “Call This Number refuses to be part of the librarian culture that pop music reportage is coming.”

Back to the event itself: Skinny Girl Diet, punky and flaming hot, framed in fuchsia. The warped, inverted images highlight cleavage, lips, hair. Gaika spitting electronica infused hip-hop as the screen flickers, like an old school movie, or the crackle on a vinyl. Despite its strangeness, watching feels urgent and special — as if I am implicated in a secret with who knows how many others. I text friends and colleagues who I think might appreciate the concept; record an Instagram story of myself watching it. Knowing the broadcast cannot be repeated makes the need to share, to document, suddenly pressing.

Peaches is performing now, costumed in a stiff, bulbous garment with frills at the sleeves; her headwear either is or isn’t supposed to resemble a large vagina. Then Martin Tomlinson, camp and fabulous, like a Dadaist performance artist, singing a number in which Pret a Manger has become a verb, a damning reflection on the vacuity of our times. And the Young Fathers — who I admit I don’t catch much of because my dog has started making weird noises in response to the relentless synthy, electronica noise. Or maybe she just needs a wee.

I shut my laptop as the vintage images flash relentlessly. Everything is very quiet. When I close my eyes the imprint of the light from the broadcast moves behind them for bit; it’s finished, gone forever, but not quite. 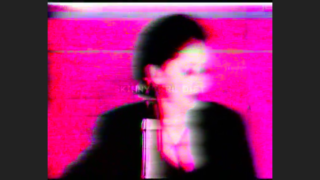 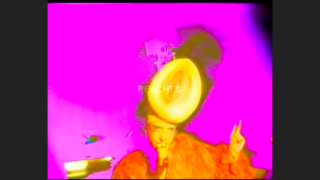 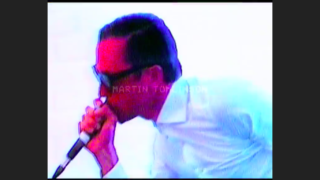 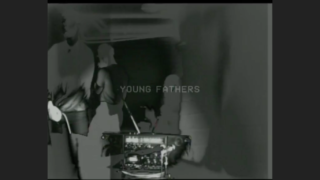 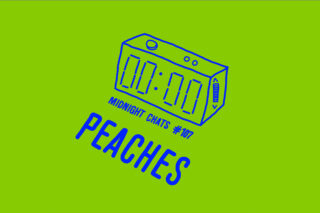