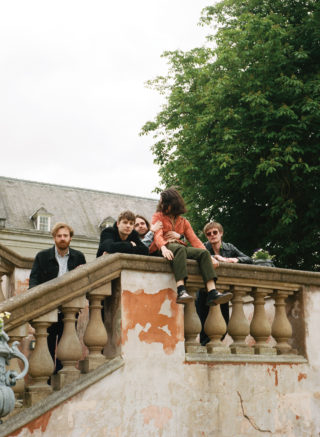 Back to the better land

Words by Loud And Quiet Photos by Tom Porter

A few weeks ago Fontaines D.C. played the Jimmy Fallon show in the US. It’s not the kind of thing that happens to bands like theirs, except for the time Eagulls played Letterman (another punk band on Brooklyn indie Partisan Records – shout out to their T.V. plugger). But it’s rare.

Fontaines having been flying this year, since the release of debut album Dogrel in April. As they finally returned to Dublin – the hometown that plays the lead role in Dogrel – Tristan Gatward and Tom Porter went to meet them there to see what’s changed, at home and within the band, and what happens now. 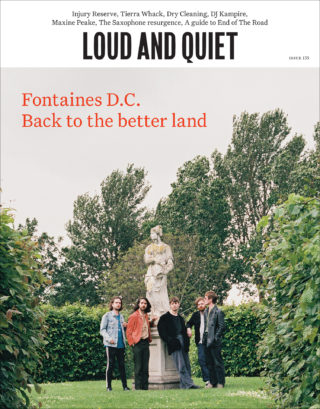 Also in this month’s issue of the magazine (in stores from June 26 – order it here) are this lot:

DJ Kampire: the Ugandan DJ creating safe spaces for women and the LGBTQI community in a notoriously homophobic country.

Maxine Peake: the actor who in July becomes Nico for the Manchester International Festival.

Tierra Whack: the Philly rapper who found confidence in poetry and releasing an album of 1-minute-long songs.

Now, there’s also our guide to End of The Road festival in this issue, which we’ve put a lot of work into. Maybe more work than it appears once you see it. But know that it took a lot of time, ok? It’s important that you know that.

Add to that, our big review of Primavera Sound 2019 which took place earlier this month.

Stuart also spoke to Adam Green about how by the time he was 16 he’d already been in the Moldy Peaches for 4 years. And Daniel Dylan Wray went on a brass odyssey to look into why everyones playing the saxophone these days.

Order a copy here, become a subscriber or find a copy from Wednesday. 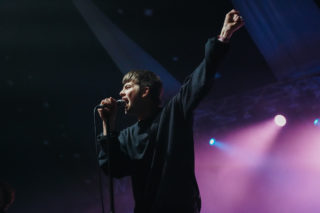 If you could get anywhere near the tent then Fontaines D.C. were pretty good inside it at End Of The Road