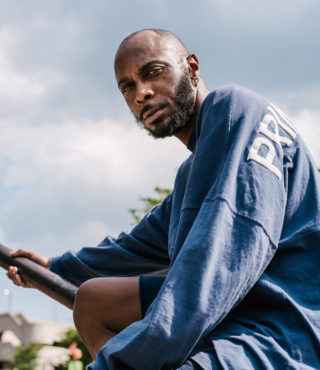 “At this point I feel like I’ve built my own universe,” says Danny Brown in Loud And Quiet 138 (in stores now). “I can only work with people who can work in Danny Brown’s universe.” People like JPEGMAFIA, who features on Brown’s latest album, uknowhatimsayin¿. While Brown has recently returned to a more direct kind of hip-hop, though, ‘Peggy’ is throwing the kitchen sink at his own, splurging all of his experimental noise influences across All My Heroes Are Cornballs – a keep-up-if-you-can collage of sound whose density should make its coherence impossible rather than unexpected, and its ability to carry messages of politics, gender and modern fame completely out of reach. Katie Beswick flew to Baltimore to meet a man becoming a cornball himself. Photography by Andrew Mangum. 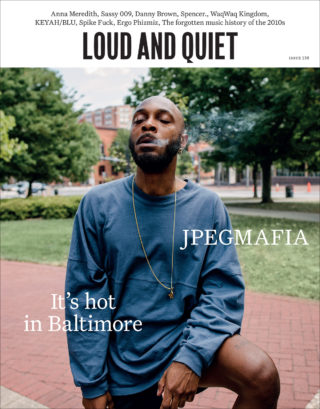 Hip-hop that’s closer to home in this issue comes from KEYAH/BLU – London’s most inventive new rapper, who didn’t even consider music a passion until a couple of years ago.

Also in L&Q 138 are Japan electronic duo WaqWaq Kingdom, who are inventing Minyo footwork, new 4AD signing Spencer., Sassy 009, who reverted from a trio to the solo project of Sunniva Lingaard earlier this year, and Spike Fuck; the Australian artist searching for an identity beyond addiction and clickbait.

There’s also an attempt to decode the latest album from collagist and radio artist Ergo Phizmiz. And suddenly realising that we’re at the end of another decade, Clive La Bouche took it upon himself to revisit the 2010s, asking the all important question: how should history really remember the last 10 years in music?

Anna Meredith talks about surviving life as a band dork in 1994 by masquerading as a Dinosaur Jr fan, and there’s our usually middle section of the month’s album, live, book and film reviews. 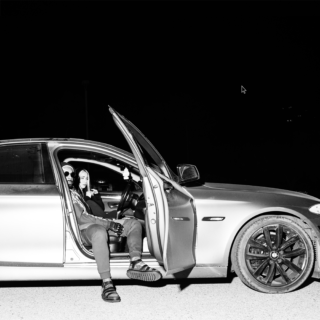 JPEGMAFIA's EP2! is yet another exhilarating left turn from one of rap's great mavericks

JPEGMAFIA – The possibilities are infinite