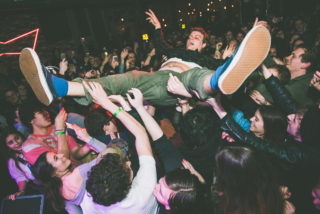 Mac's spent the week talking to the press about his new album, he broke that up with a solo show in north London

In between the burps and fake retching, the aborted Eric Clapton covers and Janet Jackson impressions, the hyena howls and swigs of Patron, Mac DeMarco’s genius songwriting shines through tonight, reminding the crowd gathered in this small pub that his talent and goofball persona go hand in hand.

With two nights at Brixton Academy booked in May, these days a 350 capacity solo show like this is a rare event. The fans here know it. They scream “I fucking love you,” at the top of their lungs. They know the words to every song. They know the missing lead guitar parts to ‘Ode To Vice Roy’ and gladly sing them to fill the gaps. They cheer when they learn his girlfriend Kiera is here and lead a chant for his mum Agnes. They embrace their neighbours during ‘The Way You’d Love Her’ before leaping on stage and hugging the man himself.

The whole night is a big love-in but then, you only have to listen to Mac’s songs to know he’s a romantic at heart. Renditions of ‘Let Her Go’ and ‘Let My Baby Stay’ from 2014’s ‘Salad Days’ are particularly sweet, especially during the latter when he glances at Kiera for confirmation mid-way through singing the line “Far as I can tell she’s happy, livin’ with her Macky.”

Mac’s submerged, hypnagogic guitar hooks wind their ways around the room – naturally lending themselves to the nostalgic haze in everyone’s eyes. He backs away from the microphone in reverence of the moment but the calm soon dissipates as he screws up his face and lets out a howling, demon-exorcising falsetto. His voice rules the night – it yelps, quivers, growls, soars, cries and laughs maniacally through old favourites like ‘Blue Boy’ and ‘Annie’ as well as new album tracks ‘This Old Dog’ and ‘Still Beating’.

Crucially his voice leads endless sing-a-longs. Specifically, the set-closing, 20-minute rendition of ‘Still Together’. “Breath it in. Don’t laugh or scream, just fucking breath it in,” he yells as he launches into one of the many crooning chorus lines and then into the crowd. Held aloft by struggling fans he waves his arms like a mad, drunk conductor. The audience sing to his count for a good 10 minutes as they carry him to the bar and back.

Returning to the stage, he throws his guitar on the floor, tells everyone they’re selling custom made dream catchers at the back and drops the mic. And that’s it, Mac out. 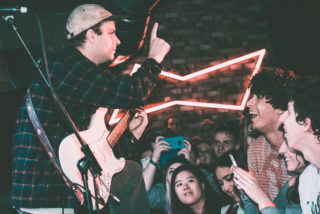 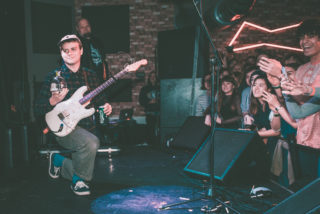 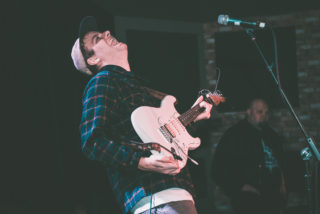 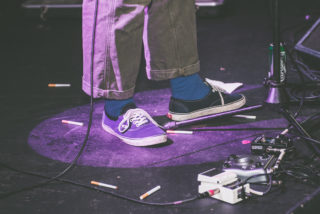 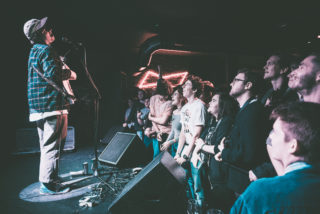 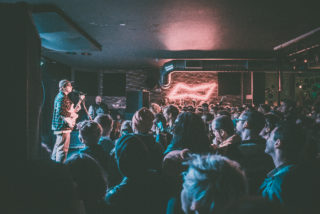