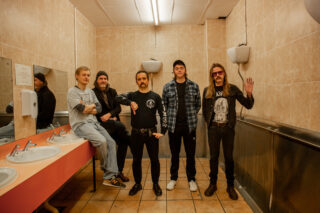 With an exclusive flexi disc for our subscribers

Words by Loud And Quiet Photos by Ellen Dixon

We’re celebrating the start of a brand new year with a heavy metal band stood in a toilet. 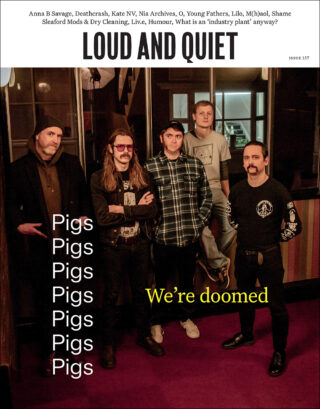 Full subscribers to Loud And Quiet will receive a limited edition exclusive flexi disc of new Pigs track ‘Terror’s Pillow’, recorded as a live session by the band at Blank Studios. Sign up here to get one along with your new issue next week.

Also in the issue are:

Sleaford Mods‘ Jason Williamson in conversation with Dry Cleaning‘s Florence Shaw, Shame singer Charlie Steen talking about what his favourite song really is, and slowcore band Deathcrash discuss new album Less, and how they made it at the edge of the world parallel to an art project involving an ever-changing sculpture.

Daniel Dylan Wray investigates What is an ‘industry plant’ anyway?, and Luke Cartledge revisits the moment Alex Turner first hinted at how much of a laugh Arctic Monkeys are, at the 2014 Brit Awards.