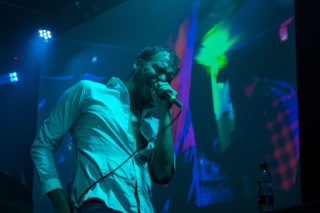 They do it with a few laughs

For a band whose music focuses on the misery and general dissatisfying nature of modern life, Pissed Jeans’ primal live show proves to be a rare space in which to escape such things. From the moment the Pennsylvanian foursome take the stage tonight there’s a joyous energy in the room – a sense of light-hearted camaraderie juxtaposed with the wrought sounds that follow.

As the artwork for their latest album ‘Why Love Now’ suggests, the idiosyncratic punk unit aren’t intent on taking themselves too seriously. They begin their set by projecting muted YouTube footage of themselves onto a screen behind their kit, telling the eager audience that they’re “getting two shows for the price of one” this evening.

That’s their kick off point. They then proceed to thrash through a rhythmic surge of songs spanning their five-album discography. ‘Ignorecam’, ‘Romanticise Me’ and, in particular, the sludgey groove of ‘The Bar Is Low’ are greeted with the most chaotic receptions.

As often expressed in their lyrics – and in this piece vocalist Matt Korvette wrote earlier this year – the band have no time for the macho masculine behaviour traditionally associated with hardcore punk shows, and the charismatic Korvette is true to his word tonight. At one point he sarcastically mocks an overly enthusiastic stage diver (“oh my god, did you guys see what he did? That’s crazy!”) before making a purposefully poor attempt at one himself.

This doesn’t mean watching a Pissed Jeans show isn’t entertaining. They just don’t want any knuckleheads. Moments later Korvette is back on stage ripping his drenched shirt open from the collar and plastering duct tape to his naked chest for audience members to tear off.

So, yeah, these days a Pissed Jeans gig is a spectacle that incites as much laughter as it does a whirlwind of sweaty bodies in attempting to make us all question how we’re treating each other. They’re a band determined to create a safe and inclusive environment – a socially aware tradition of the DIY scene that they’re pushing forward from the front. 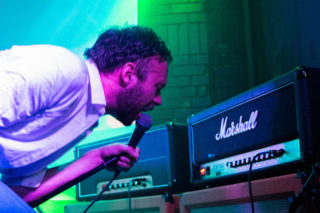 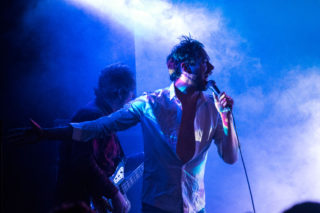 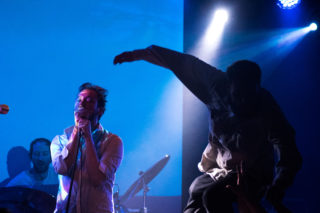 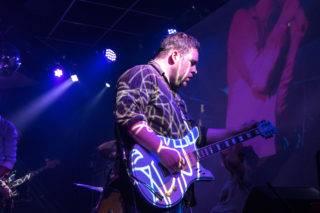 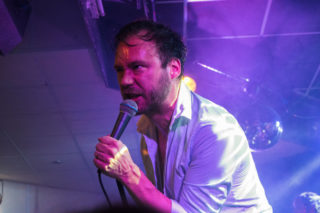 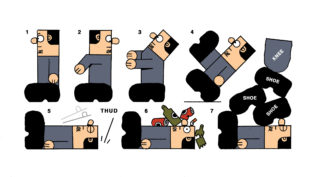 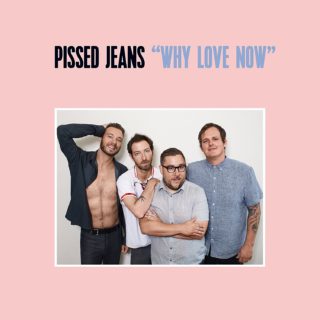 Pissed Jeans' latest is a hardcore LP about masculinity. It's brilliant.