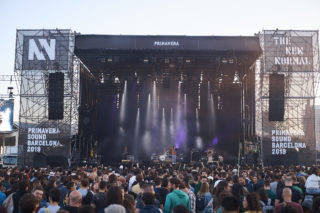 An inspiration for other festivals

Like congealed noodles and revolting toilets, male-dominated line-ups were previously just part and parcel of the festival experience. This year a tide has turned. Stealing a march on PRS’ laudable Keychange initiative – which saw 150 festivals committing to achieving a 50:50 gender balance by 2022 – this year Primavera Sound pulled off parity as part of an initiative they billed as ‘The New Normal’. They’ve talked about wanting to forge a future that refuses to be “pale, male and stale”.

The seeming ease with which the Barcelona weekender achieved this feat does lead you to question why all festivals aren’t doing it. Excuses for the imbalance are usually divided into three main categories: commercial pressures, availability of artists and – most insultingly – that in a meritocracy, female artists just aren’t good enough to warrant booking. To which I say, look at this year’s edition of Primavera Sound.

Commanding by far the biggest audience of the weekend, Rosalía’s homecoming set on Saturday was the main draw of the festival. In fact, it was a record-breaker. Primavera has never had more people on site on a single day in almost twenty years, while the huge crowds for household names like Miley Cyrus, Erykah Badu and Carly Rae Jepsen proved that women are more than capable of shifting tickets.

Secondly, while it’s true that festival bookers are always at the mercy of who’s touring, the issue of availability is ultimately inextricable from whom organisers deem worthy of approaching in the first place. And whether you witnessed Janelle Monae’s all-singing, all-dancing exploration of Afrofuturism or were enveloped by the haunting coos of Low’s Mimi Parker, the idea that a gender balance could only be achieved via tokenism was proven to be utterly laughable: for the hard-lined rockist tantrum’s about Primavera losing its way musically, a weekend of listening to Stereolab, The Necks and Primal Scream was not hindered by Lizzo, Solange and J Balvin also being on the table. 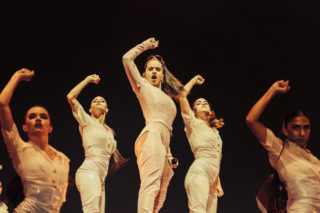 Crucially, ‘The New Normal’ is about much more than women vs. men. It’s about creating bills that actually reflect the diversity of modern society, ensuring that artists of all genres, races, countries, sexual persuasions and gender identities are represented. It’s about creating a safe space in which everyone who attends can thrive, without fear of sexist, racist, homophobic or transphobic abuse. To those ends, this year Primavera featured dedicated “Nobody Is Normal” awareness stands offering information, advice and support from trained staff for anyone who experienced – or witnessed – harassment or abuse at the festival. An animated video about showing respect to your fellow festivalgoers was played on repeat on the big screens in between performances.

As implicit in its name, The New Normal won’t be a one-off either. At the festival’s closing press conference, the organisers reiterated their ongoing “commitment to parity”, adding, “We want to be an inspiration for other festivals.” Certainly, they’ve set an important precedent. Now everyone else needs to up their game.