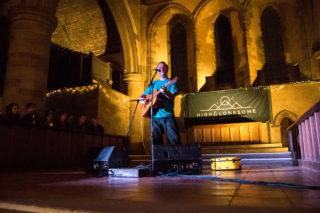 An evening spent in the company of Mount Eerie is special for a few reasons. Firstly, they’re a scarce opportunity. The Washington-based singer’s live shows have been few and far between in recent years. Understandably so. As anyone familiar with Philip Elverum’s story knows.

In 2016, his wife, and mother to his child, Geneviève Castrée, passed away following a fight with pancreatic cancer. The grief – sudden, devastating and consuming – sculpted his eighth album, ‘A Crow Looked At Me’, a piece of work that he plays almost in its entirety tonight.

It’s fitting then that he’s chosen to play at Leeds Left Bank – a quaint and intimate church; a place of respectful quiet; an old hall where the dark corners are illuminated with fairy lights and lanterns. The harsh winter wind whooshes outside the stained-glass windows, and the oaky hum of Elverum’s guitar and his soothing voice gently echo and reverberate around the thick stone columns curling up into the shadows of the ceiling.

“Hey, I’m Phil,” he says by way of introduction, breaking the stillness in the room. Through the evening the softly-spoken Elverum says very little else, instead allowing his profoundly raw and emotional music to do the communicating. An intent silence falls across the seated audience as he opens with the hypnotic and haunting ‘Distortion’.

As the evening goes on the 39-year-old’s gaze occasionally flutters across the faces in front of him as he plays that album’s deeply beautiful highlights. ‘Real Death’, ‘Ravens’ and ‘Crow’ are the most entrancing, with Elverum’s strikingly personal lyrics delivered in a way that’s uncontrived and heartbreakingly sincere.

The final note of each song is met with a ripple of grateful applause, and after nearly an hour he ends the night with a series of new songs, the most stirring of which proves to be ‘Tintin In Tibet’ – a track where he remembers his youth spent with his wife. He modestly exits the stage.

Few performances hum with this kind of tension – that’s a tribute to Elverum’s compulsion to not only write these songs, but perform them with people watching. Above all, though, Mount Eerie’s fresh grief, while devastating, doesn’t leave a room deflated. In fact, it’s an experience so human, it serves to remind the audience to cherish the fragility of life, and more immediately the person sat next to them. 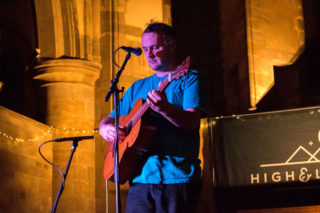 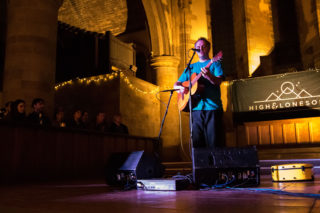 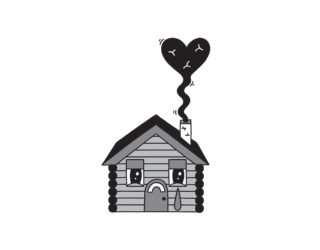