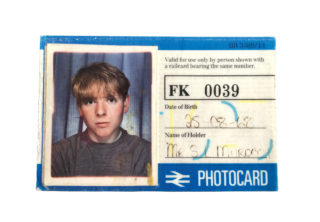 The Belle & Sebastian singer remembers being 16 – a year of work, work, work

Stuart Murdoch: When I was 16 it was my last year living in Ayr before I moved to Glasgow to go to university just after I turned 17. I don’t want to put a damper on things, but 16 was absolutely my worst year, my least social year. I was pretty lost: I had loads of stuff going on when I was 12 and 13 – I was in every club at school, doing lots of music and part of the school show and the school magazine, and I had a great girlfriend – and then everybody else grew up while I stayed the same size. Suddenly I started getting pushed around and I just fell back on academia. But by 16, even academia was boring – there were teacher strikes all the way through that school year, so we weren’t even in school that much – and I was just kinda lost: everything had gotten boring and I just wanted to get away and up to Glasgow.

One thing that helped me through that year though was that I had loads of interesting jobs, and looking back it’s those weekend and part-time jobs that are much more interesting than school or parties – or the lack of parties. For instance, when I turned 16 I’d been working on a farm that whole summer, and it turned out to be bit of a rite of passage: it felt like I had one foot in the adult world because I was doing a man’s job – I was driving a tractor and raking fields and harvesting potatoes and milking cows, all that sort of stuff, and hanging out with the other farmhands, who were these really tough guys.

That got me kinda strong too. I started to get strong, and I figured by the time I came back to school after the summer for the last year of school, everybody would take notice: girls would look at me a different way, I’d come back bronzed like a young Robert Redford. But it didn’t happen! Nobody noticed, nobody cared. I was deeply unfashionable and I didn’t really have any friends, so I just kept on working that year: I worked in a newspaper shop and I was a salesman, selling dairy produce – I was an ace salesman, I put everything into it.

My parents never saw me when I was 16 because I was always out working, and had this period of embracing this sort of Thatcherite ethos. It wasn’t deliberate – I think the whole “let’s make lots of money” Pet Shop Boys sort of vibe was just in the air – but at the same time it seemed that money equalled freedom, and if you could earn your own money, that was the only way to break away from parents and the boring stuff that was happening in Ayr. So that’s what I did, and I was fairly flush – I worked all the time and didn’t spend anything – and I remember I had a shoebox full of five pound notes. I probably had more money then than at any time over the next 10, 15, maybe 20 years!

But still, it was a pretty in-between stage for me. There’s a book by Saul Bellow called The Dangling Man and, well, I was The Dangling Boy, just waiting for things to happen. In every regard I was a late developer: at 16 I was clinging onto childhood things, still doing piano lessons because that’s what I always did, and going to church because that’s what I always did, and still going to Bible class, but also sitting on the outside and starting to question it all.

I remember seeing The Breakfast Club when I was 16 and loving it because those characters were saying things I felt but couldn’t express myself. I saw The Graduate for the first time around then, too – that had a big effect on me: Benjamin’s whole rebellious spirit was such an anathema to where I was at the time. I was a grade-A scholar, everybody around me expected me to do my studies, get through university, get a good-paying job, all that sort of stuff, but seeing that awakened something in the background. When Benjamin comes home and flips out, falls out of the rat race, that was a really attractive thing to see, even though I didn’t embrace it until much later.

Instead, at the time, everyone told me I was good at science, and I was good at physics – there was something genuine there – so that’s what I thought I should do: be a nuclear physicist, get through university super fast and be driving a Porsche by the time I was 21. Sixteen was my last year of being a boy, I think. And then Glasgow at 17 immediately started to teach me how to live, and unfortunately that was at the expense of those careers and things like that. After 16, all that went down the chute.

As told to Sam Walton