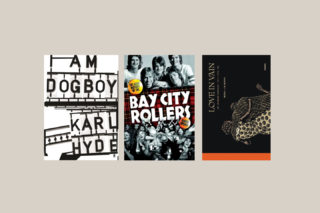 I am Dogboy
by Karl Hyde
Faber & Faber

Karl Hyde, one half of Underworld and accomplished artist in his own right, has been keeping an online diary made up of observations, poetry, abstract prose and found visuals since 1999. In I Am Dogboy, aided and abetted by longterm collaborator John Warwicker, from arts collective Tomato, he rearranges selected excerpts from his diaries and intercuts them with an autobiographical narrative that follows a young musician’s journey to the early days of Underworld. The result is a million miles from the usual rock-bio fare – a surprising and intriguing book in look, feel and content. In it, Hyde proves himself an able and enigmatic writer with an intriguing and absorbing way of chronicling his world.

When the Screaming Stops
by Simon Spence
Omnibus

In the seventies, just before punk, The Bay City Rollers got about as big as a boy band can get. To the outside world, the Rollers looked as though they were having a ball, they had hit records on both sides of the Atlantic, their own TV show and thousands of screaming girls at every turn. In When the Screaming Stops, Simon Spence pulls back the tartan curtain and reveals what was really going on, and it’s not a pretty sight. By the time the tale draws to a close the band’s Svengali manager, Tom Paton, is serving time in prison for gross indecency while others come to grips with the miasma of death, drug addiction, prostitution and millions of missing pounds that have come to define this sad and fascinating story.

Love In Vain is a gritty, evocative and atmospheric graphic novel exploring the myths and legends that make up the story of Robert Johnson. Johnson was the legendary bluesman who made his devilish Faustian pact at the crossroads before going on to record the twenty-nine songs that would influence everybody from Dylan to the Stones and help form rock’n’roll as we know it. This beautifully drawn book follows the musician as he makes his way from his birthplace in the rural American south to the cities of the north, and takes in his childhood, his womanising and his musical career against the backdrop of a divided America. It’s a fitting and exceptional work of art to honour him. 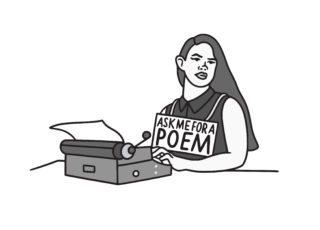 Lana Del Rey ventures into poetry, with some humour and self-awareness

The story behind Volumes – the series of soundtracks inspired by novels