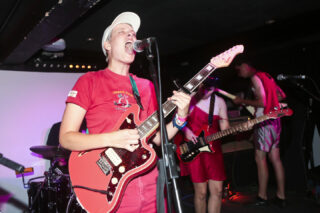 It's all happening in East London on 7 August

We’re delighted to show our support to our friends at east London day festival Visions, who have confirmed that this year’s event will take place – on August 7.

We’ve had good times at Visions before – here’s our review of 2017’s edition, featuring Liars, Denzel Himself, and a dog show, and the 2018 event, starring Sorry playing beer pong – and obviously the prospect of seeing a lineup of that quality after a year of staring at walls is very exciting indeed. There’s more news to come, so keep an eye on visionsfestival.com, where you can also get your tickets. They’re going to fly, especially as the event this year will run at a reduced capacity for extra safety. 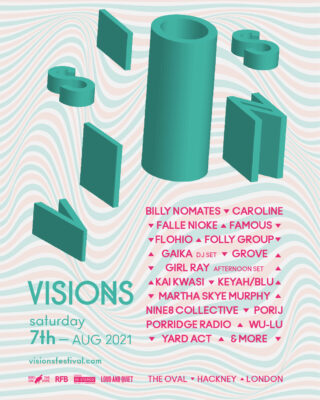