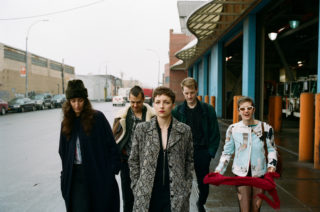 It's more fun than it sounds

“Technology is definitely the big issue of our time,” ponders Bodega’s Ben Hozie across our long-distance line. Suddenly, it sounds like his brow is furrowing. “I think about this stuff a lot. I mean, whether you want to think about it or not, it’s definitely thinking about you.”

The air hangs dead for a couple of seconds before his bandmate Nikki Belfiglio deftly jumps in to punctuate his argument. “It’s kind of like punk rock in a way,” she says breezily. “It was born with all these good intentions but has turned into Frankenstein’s Monster. Frankenstein’s Monster with two cameras for eyes.”

It doesn’t take a detective to figure out that modern communications, rebellion and paranoia sit at the heart of what Bodgea do. For the New York-based art punks, the Internet has created a culture of self-obsessed, inward-looking, know-nothings. People who, in the band’s own words, “have playlists who know them better than their closest lover.” Whether it’s Belfiglio’s bizarre headdress, which seems to be constructed from discarded iPhones, or the band being replaced by an orchestra of laptops and tablets in the new video for ‘Jack in Titanic’, their critical gaze is firmly fixed on the disappearing border between our online and offline lives.

However, speaking as Mark Zuckerberg is simultaneously atoning for his company’s sins in front of the US Congress, it suddenly feels like Bodega’s brand of playful Dada-esque needling has captured the zeitgeist. ‘Endless Scroll’, the title of the band’s forthcoming album, might mockingly point towards a society of zonked-out social media addicts, absentmindedly surrendering their agency to click-bait and status updates, but in the wreckage of the whole Cambridge Analytica scandal, somehow it seems like the joke has just got real.

With the rest of the world suddenly jumping on the technophobic bandwagon, Hozie is surprisingly, if understandably, ambivalent about the role the Internet is playing in his life. “It’s not like we’re saying; ‘shut the electricity off and let’s go live in the woods,’” he laughs as we talk about the realities of being a musical act in the 21st Century. “When we made the video for ‘How did it Happen’ a lot of people said, ‘isn’t it a bit hypocritical that you’re making a 360 video when you guys are so against progress?’ I was like, well, yes, but our whole band is hypocritical. That’s pretty much the point of Bodega, we’re pointing out these things while simultaneously engaging with them.”

“In the end, it’s a really funny document of our scene,” continues Belfiglio.  “Like, you can now get a ‘real’ Brooklyn NYC show streaming through your computer and you can now see for yourself how unexciting the whole thing actually is. It un-glamorises the whole idea. I mean, imagine if we had VR back in the CBGB days or whatever, all you’d see is how lame it actually was most of the time.” 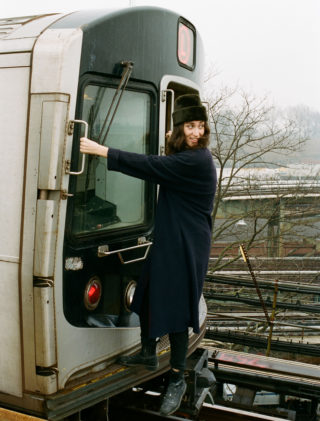 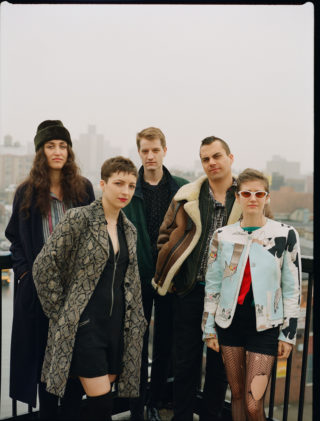 Bodega see themselves more as Adam Curtis style documentarists than straight-up political punks. First meeting at an Of Montreal show in 2013, Hozie and Belfiglio appear to come from opposite ends of the musical spectrum; the former coming from the noise/art scene of the late ’00s and the latter having her roots in New York’s vibrant club scene. “When I first met Ben, he was wearing a train conductor’s hat,” chuckles Belfiglio when I ask the pair how they first came across each other. “I was rolling on ecstasy at the time, so it was true friendship from the very start.”

As a result, the band tread a fine line between social commentary and dance-floor-ready jams. “I’m not really a big fan of live music; I think they need to change the script a little bit,” Belfiglio tells me. “I’ve always wanted to play music that is very bass heavy. I like songs that have that kind of groove that goes directly into your pelvic area. The ones that make you feel sexy and make you want to dance.”

For Hozie, as well as giving the band a bassline to shout over, the magnetic energy of disco is another way Bodega can mess with the program. “I want to put people into a hypnotic state,” he explains. “If you play the same groove continuously, it might annoy people for the first five minutes, but once you’ve cracked a certain threshold, it unlocks something in your brain. It puts people in this casino state of mind where they see all these lights and lose track of where they are.”

Despite their sound (not a million miles from James Murphy in ‘North American Scum’ mode), Bodega has had some difficulty connecting with their audience in the past. Initially going by the name Bodega Bay after the town in the Hitchcock classic The Birds, the group shortened their name a year or so ago, partly due to the fact that they were constantly being miscategorised. “Journalists are so lazy,” Hozie sighs, “one of the reasons we dropped the ‘Bay’ bit is because everyone kept thinking we were a surf rock band. I mean, leave that shit to Dick Dale, right?”

A slight change in branding aside, the Brooklyn five-piece still see it as their mission to critique rock’n’roll from the inside. “I see it as streamlining,” says Hozie. “In a way, the first Bodega record is kind of a sequel to the first Bodega Bay record. Hopefully, people will see that there’s a lineage there.”

Bodega’s ‘Endless Scroll’ is due out on the highly influential What’s Yr Rupture, and already large portions of the US music press are touting the band as fellow travellers to their label mates Parquet Courts. The similarities are definitely there, both bands display an erudite wit layered over a broad canvas of post-punk influences, but for me at least, the record the band’s first album should really be compared to is Wire’s ‘Pink Flag’.  Lyrically, both have themes that challenge the anaesthetising effect of commercialism, but while the Watford punks filtered their attack through Chuck Berry, Bodega are looking more in Kool and the Gang’s direction.

“It feels like there’s no room for irony in America right now,” muses Hozie as we talk about the new record. “I think one of the reasons why we had the whole surf rock thing, especially during the Obama years, was because we had this fake sense that everything was going to be OK. It’s sad in a way; some of those bands were super fun, but it never felt like they had that much to say.”

“Our music is true to life because our personal lives have a habit of mirroring the political situation,” adds Belfiglio. “A couple of years ago, it felt like we were coasting, like, backslapping ourselves for all this ‘progress’, and then, all of a sudden, it has all slipped back.”

The thing that makes Bodega such an aberration in these modern times, though, is that rather than spreading their message through viral videos and Spotify playlists, rather like Idles, say, the Brooklyn five-piece are building their reputation on the back of a fearsome live show. Playing six shows at this year’s SXSW, the band impressed pretty much everyone with their energetic, forthright gigs. “We’ve allowed word of mouth and energy to carry us through the bog,” explains Belfiglio. “You wouldn’t be able to find a lot of information about us online; we haven’t got much of a presence.”

But, then that’s the point, right? Bodega are all about creating something that feels true and real, just as the world has started to feel like everything is staged and manipulated. Hozie puts it best. “For me, rock’n’roll is at its most exciting when it’s let loose and can be spontaneous. It has a power to create a moment that, rather than reminding you of some idea of the past, can make you live right here in the now. I mean, you can get that from a record, but it’s much harder. Especially, when all you do is stare at a screen.” 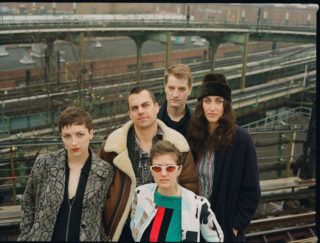 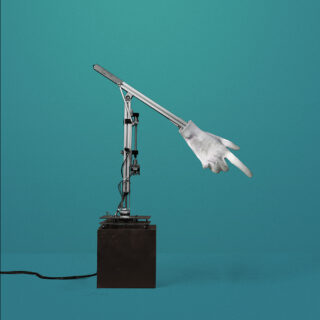