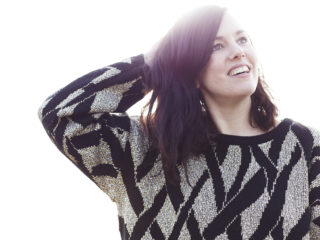 It was the year that the composer parked her classical commissions to release her first LP, and our favourite of the year – ‘Varmints’

In January 2016, I drove Sam Walton and Gem Harris into the Suffolk countryside to interview and shoot Anna Meredith for the first Loud And Quiet cover story of the year. Anna was based at Snape Maltings, the rural head quarters of Aldeburgh Music, an organisation that nurtures the development of composers and classical musicians who you’ll find dotted around in barns converted into orchestra rooms and theatres. Anna – a jobbing composer since graduating from the prestigious Royal College of Music – was working on a commission based on Vivaldi’s ‘Four Seasons’, but was about to put her classical career on hold for the year, in order to release her debut solo album, the experimental, electronic ‘Varmints’.

Until then, she’d only created music when somebody asked her to, for a concert or recital or arts program, but never for herself. She had no idea how it would be received, or if anyone would even hear it, and if they didn’t, she’d think twice about making another record.

Almost 12 months on, ‘Varmints’ is our Album Of The Year – a constant source of surprise, which we’ve come to understand could only have come from her: a young composer whose decision to not listen to popular music has allowed her to make such a lawless debut, where a twee indie track can butt against an instrumental of outrageously bombastic tuba and the odd piece resembling stuttering techno, but played on distorted Grade 8 clarinet. “There’s a real delight when you’re listening to a piece of music and it completely pulls the rug from under you,” she told Sam in January. It still feels that way as 2016 comes to its bumpy end, regardless of how many times you’ve already listened to ‘Varmints’.

Stuart Stubbs: When we did our cover feature with you in January, can you remember how you felt about the fact that you were about to release your debut album, and how you envisaged 2016 playing out?

Anna Meredith: Yeah. You guys coming out there was an amazing thing because up until then all the work I had been doing had been just me and the band. It had been very much led by me and I’d started to get very panicky about this idea that it could just disappear, because I’d been looking at other people being like, ‘I’ve got an album out!’ And then it’s just gone. That lack of impact started to freak me out, because I’d been working on it for a couple of years. And then when you guys came out it was all ready to go, but no one had really heard it, and it just felt lovely, because I sat and had a lovely, long chat with Sam about it, and he asked all these really interesting questions. He was so positive about it, and it felt a little bit like the first sense of ‘here we go!’.

Sometimes I’d listen to [the record] and I’d think who is actually going to listen to this?

SS: Did you feel like that because it’s not a record that comfortably fits in the classical world you know, nor is it instantly recognisable as an electronic pop record?

AM: I’ve never really thought like that. I suppose I know that other people do, but when I’m writing I’m not trying to think about where my stuff fits. I just knew the musical ideas that I wanted to put in it – it’s built out of musical building blocks, but I know that other people can easily get freaked out by the simplest things. “Oh my god! There’s a clarinet?! I HATE IT!” Or, equally, for classical people, “Urgh there’s a drum beat?! IT’S NOT FOR ME!”

I hoped that people wouldn’t be hung up on the fact that there are a lot of instrumental tracks, and that a lot of it isn’t in 4/4. To me, who cares? 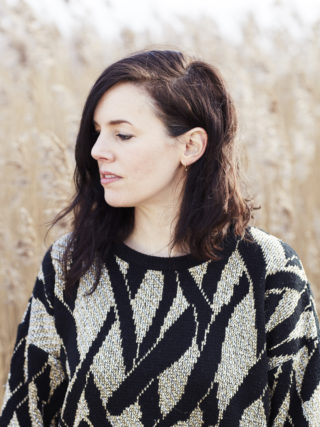 SS: You set aside 2016 to put classical composing on the backburner and see how this project developed. What have you most enjoyed about entering into this contemporary world of album releases and gig venues and tours and press interviews?

AM: I’ve loved the busyness of it. Normally, up until this year, my life has been very isolated. I’d be writing these big pieces essentially on my own, doing maybe two gigs a year, and the music I was writing was being heard sometimes by a huge amount of people, but sometimes only heard once. So it’s been satisfying making music that people know, and that’s ok. It sounds really obvious, but it really threw me for a while that it’s ok to play a gig full of material that people know: I’m used to making entirely new stuff for every single show – now it would be weird to play a gig where I didn’t play the tunes that people know, and I love seeing people singing the words.

So there’s that, and the change I’ve made to my lifestyle. We’ve played 30-odd shows and I’ve done loads of press, chatting to people about myself, which it turns out I can narcissistically do all day long. I think I even melodramatically said that I hope it changes my life in some way, and it really has… God, is that too cheesy? It is, isn’t it.

SS: I saw on your Instagram that you got turned away from Berhain after your Berlin show. How dare they, Anna!?

AM: Well, we were playing in the venue that’s attached to it, and actually, someone did sort out guest list for me, but the guys in my band were so determined to go that I gave that to one of them, and then I just said: ‘don’t worry, I’m going to queue up like a normal punter and if I get in, I’ll see you in there.’ I queued for 45 minutes, because we were there quite early for Berlin time – about 1am. The whole thing just felt so funny to me. You get there, to the very front, and this guy just casts his eyes over you and then, with no words, just shakes his head. And you just see people peeling off, on this walk of shame, and I couldn’t stop laughing. I’d say it was about 70% of people who weren’t getting in, so I wasn’t on my own being told no. And there’s this other etiquette, where people were saying, ‘don’t look at your phone, don’t speak, just look down’, because if you look at your phone you don’t want it enough. What the fuck!?

SS: On a happier note, ‘Varmints’ won the Scottish Album Of The Year Award.

AM: That was completely unexpected. I’ve done a lot of judging of classical stuff, and I know that you’re basically looking for reasons to exclude people, because everything’s great by the time you’re on a shortlist, and I thought there were so many reasons that people could think that ‘Varmints’ wasn’t for them. Then I did a really embarrassing acceptance speech. I just kept saying: “Shit! Jesus! Shit! Jesus!” It was live on the radio and they had to apologise.

SS: I know that you don’t listen to pop music, but has that changed this year?

AM: Oh god. Are you asking me for tips? I have this whole dickish thing of not listening to music because I can’t write if I’m listening to other people’s music. That’s not really changed, but I have heard more bands if we’ve been playing with them, which has been nice. There’s a brilliant Glasgow band called Bossy Love. I’ve been really proud to see Oliver Coates put out his record [‘Upstepping’] because we’ve been talking about putting our own records out for a long time. And he’s so much cooler than me.

SS: What’s been your low point?

AM: Alan Rickman. That was the one for me.

SS: It’s not been a happy year in that regard, but to finish on something a little more upbeat, in January you weren’t sure how ‘Varmints’ would go, or if there’d be a second record. How about now?

AM: I am going to make another record, yes. If you’d asked me that 6 months ago I would have punched you in the gonads, but I’ve decided to made another record at the end of next year, which will probably then come out in early 2018.