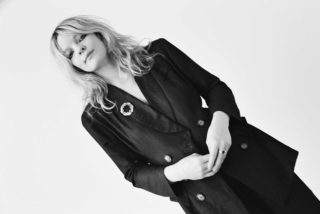 "Some people can be fucking crazy prolific and smash it out, but I can't"

“I feel like it’s one of these things where you acclimate the feeling out of body and then you cool with it a while,” says LA-based folk singer Jessica Pratt. “Jetlag comes in waves. Right now I feel gooo-o-o-d. I just had my first meal of the day before I saw you. It’s kicking in now.

“I’ve never really spent any time in this neighbourhood. It feels sleepy and relaxed, maybe that’s just me. I’ve never chosen a venue in my life… I kind of skipped the intermediary phase of booking my own shows. The one tomorrow is at St. Matthias Church. I didn’t know about this venue but I love playing in churches, the sound is always really nice. I think there’s an acknowledged solemnity to the whole thing, that even if you aren’t of faith or anything – which I’m not in any particular way – being in a sacred place changes how people behave. They’re more respectful. There won’t be any bar staff there either. That in and of itself counts for a lot.”

I wonder how a Mark Kozelek show would be received in a church. Maybe ok if you could guarantee there wouldn’t be a Starbucks next door, and that the War on Drugs wouldn’t be playing a Coffee Shop Sessions in it. Jessica has just supported him, having completed her third album of typically beautiful and delicate music. ‘Quiet Signs’ will be out 8 February, via a new deal with City Slang.

“Yeah, he is a character,” she says. “He’s very sweet, he said some very nice things. That show was such an unexpected offer. I love San Francisco but I’d never played there, and we did The Fillmore which has so much history surrounding it. My set was worlds apart from what he’s currently doing with Sun Kil Moon – it’s hardcore, he’s yelling a lot – but sometimes that difference can be really cool.”

As for here, we’re sitting in a middle-class pub in a Jewish Orthodox part of Stoke Newington. It’s the early evening, rain is climbing up the windows and the stereo’s playing Stax Records. Jessica Pratt is blanketed in a winter jacket, having just arrived in London this day for a press trip and a show here and there. She’s fiddling nervously with a flyer on the table for Stoke Newington’s biggest free party. Her show is tomorrow in a church around the corner. You’d hope it wouldn’t impact on ticket sales. 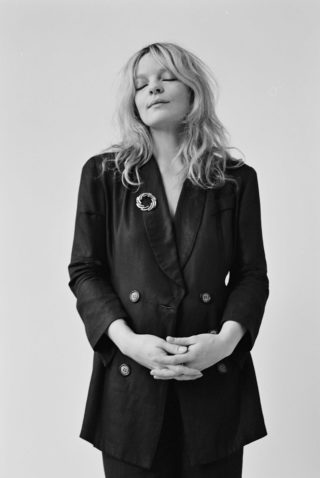 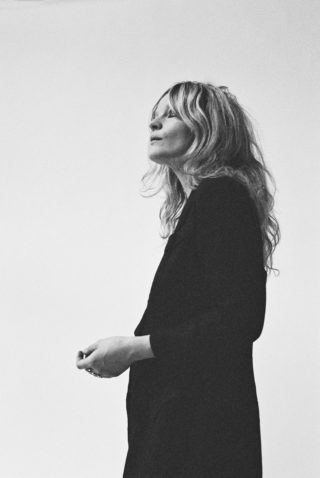 “Redding, California – where I’m from – is heavily Christian”

It’s a smallish city, but the greater area… there’s a lot of farmland and stuff. It’s kind of fallen on hard times in the last 15 years or so. It’s a land of misfortune in many ways. It’s the kind of place you either leave or stay and succumb to nothing good. There was a brief wave of a music scene that I was lucky enough to be around when I was coming of age. I moved out of Redding when I was 17 and moved to San Francisco in 2007. I worked day jobs, played music on my own, and when I played (once in a while) it was because my friends forced it upon me. I’d play maybe two shows a year. It’s not that I wasn’t interested in having a career in music, it just didn’t cross my mind that that would even be a possibility.

“My move to LA was unplanned”

One of my closest friends went to school in LA and she would always joke about me moving there with her. I didn’t really have anything keeping me in San Francisco and a lot of things had recently changed in my life. It was one of those transitional periods and it just felt like maybe a good time to go. It was kind of out of the blue – I don’t know how to drive, still, and LA is such a driving city. It’s a huge place, lots of freeways. I’ll definitely learn soon. It should be a priority, I just haven’t yet. LA has some darkness to it. A lot of seediness. It’s not a super cosmopolitan city, it’s not like Paris. It’s just disorganised in so many parts, this municipality made from a million different tiny things.

“I guess this sort of question, historically, is something musicians get asked a lot”

Whether their environment influences their… you know, and I don’t know what the answer is, but I kind of feel like it ultimately doesn’t. At least with me I feel like the core essence of my music is always the same. Maybe little bits and pieces sneak in, but there’s a certain strain of feeling in my music that is always there and unchanging, and it doesn’t matter where I am.

[Four Tops, ‘Reach Out (I’ll Be There)’ starts playing – Stax out, Motown in]. I grew up listening to a lot of music. My mum was really very knowledgeable about stuff, and just played lots and lots of different kinds of music. I think when you’re exposed to a variety of sounds as a young person they all creep in. 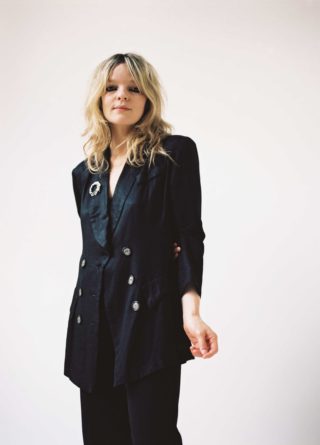 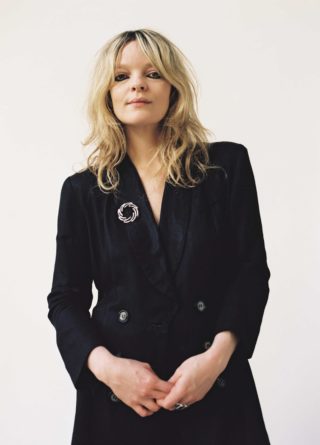 It’s funny because I haven’t done an interview in a while, my last record came out, you know, a bit ago [2015’s ‘On Your Own Again’]. That frustration seems like a very old one. But I think that’s the reality of making music that is any way consumed by the public. It will be condensed in a way that you won’t think fully reflects the picture. They’re important figures. But then I have a flute, you know.

There was a period before ‘Quiet Signs’ was done when it was supposed to come out in the summer and I felt weird about that. It felt wrong. Not that I make music in any way intended to be listened to at only one time, but it felt wrong and I’m happy that didn’t happen. I suppose maybe sometimes that might pose a threat. I don’t know how many times you can plan it that way and have it work out. But I need these darker seasons. Especially living in LA, which is a season-less place. It’s like in the ’80s right now, which is very hot. The autumn and winter are introspective times and maybe more connected to a perceived mysticism than bright, hot summertime.

I don’t want to say that word, but I have. That isn’t a description of it musically, but it’s more emotionally on the cuff than the last record, which is maybe a bit more gauzy. Emotionally it’s a bit half-in, half-out of reality. On the last record I didn’t have a label until it was done. There wasn’t a label waiting, it was just me making music because I thought that would be a good thing to do. I had a work-orientated work in mind this time. It was a project I had to complete, and that motivated me after a while of not doing anything. I think because I knew it was going to be one big piece in the end I approached it and considered that.

“Some people can be fucking crazy prolific and smash it out, but I can’t”

I was reading a lot, being really boring. My boyfriend’s a very social person and drags me out of the house. Other than taking photographs, I’ve just been so consumed with making this. And I’ve landed with a nine-song record. I’ve come to realise that I just work very slowly. And all of these songs were written specifically for this record, apart from ‘Aeroplane’. That’s the only one with an electric guitar on this record, or any other record. That one I wrote in the middle of 2014 – it was at the point where the last record felt done. I never usually go back and look at old songs but I went back to that one. I’m so glad you like it.