“I wanted to make something that was repulsive and primal.”

If Keeley Forsyth’s face seems weirdly familiar, don’t worry, you’re not hallucinating. The Oldham-born actor has been on and off our screens for a quarter of a century now, playing characters as disparate as a heroin-addicted single mum in The Casual Vacancy, a sex worker in Happy Valley, and the “Mottled Prisoner” in Guardians of the Galaxy. Four decades in, she’s starting over, taking on a brand new role as a musician. It may well prove to be her most rewarding venture yet.

Released in January, her debut album, Debris, was written in collaboration with British jazz musician Matthew Bourne, and largely recorded at her home in Harrogate (where she lives alone with her two daughters) aside from some select sessions with producer Sam Hobbs. Throughout the 8-track collection, arrangements are kept sparse, centred largely around piano, guitar, or harmonium, and often silhouetted by the inky drone of synths or strings. This haunting minimalism proves the perfect foil for Forsyth’s rich, characterful vibrato, which is akin to some wonderfully otherworldly cross-hybrid of Billie Holiday and Scott Walker.

Not everyone’s a fan, of course. Sipping green tea in a King’s Cross cafe today, Forsyth laughs recounting her daughters’ appraisals of her music – “When we’re singing The Greatest Showman in the car, my kids are always like, ‘See! Why can’t you sing like that on your record?’” But then Debris definitely isn’t aimed at the under 10s. “It’s deliberately unlistenable at times,” she smiles. “I wanted to make something that was repulsive and primal.”

It is a bleakly beautiful record, with Bourne’s desolate arrangements accentuated by Forsyth’s abstract lyrics. Largely rooted in the natural world, they’re underscored by an almost oppressive sense of dread that reflects the troubling events in her personal life that preceded the record’s creation. Today, the 40-year-old singer is deliberately evasive about the specifics of the period, and throughout our conversation her tone remains carefully optimistic, almost masking the quiet sadness that lurks behind her warm demeanour. “Maybe I will be happy after all,” she smiles at the end of our hour together. It’s difficult to tell to what extent she’s joking. 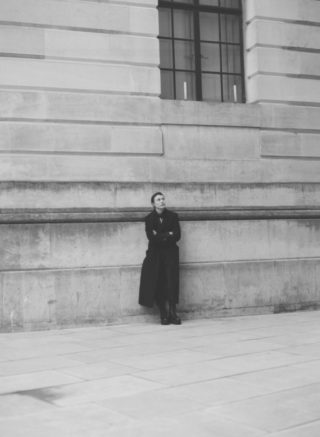 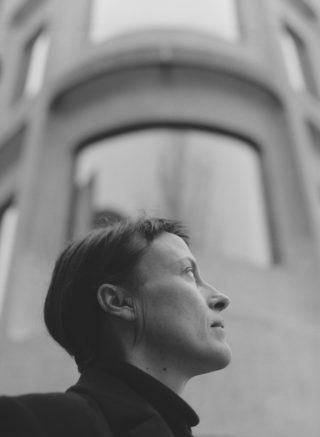 “There are other places in the world than London”

I left London four years ago now, and I do really miss it. I always felt really safe there, and invisible. I moved there when I was 19, trying to fulfil that romantic idea of being in the West End: the dream of living your life between your dressing room and the stage. Not that it happened! Bizarrely, I just went straight into TV and film.

Having kids, that’s when things started to separate for me. London, this dear friend that I’d made, was suddenly not there for me in the same way. I used to think, ‘If you move out of London, then your whole world is going to collapse.’ And in some ways it kind of does, but it doesn’t as well. I’m happier coming down to London now, under these circumstances.

“It was a shock to get work as an actress”

I trained as a dancer and as a singer, and acting was something I didn’t have any sort of skill in but that I enjoyed doing. I remember that my friends were all very passionate about acting, and my passion was music. But I felt quite singular within that world because nobody else talked about music or felt it in the way that I did, and certainly nobody sang because they were all actors. I was working enough for me not to stop and reassess things but I knew that acting was just a road that I was on, and that there would come a time when I would reach the end of it. But I didn’t know what I was going to do after that. This feels a much more natural place for me to be, and I say that with so much gratitude.

“Growing up, I never listened to any pop music or any bands”

I really loved opera instead; the way they would sing entire sentences always engaged me. And I loved more traditional voices and orchestral music, so I listened to a lot of old singers, like Edith Piaf and Doris Day. And one day I realised, from singing along with them, that my voice came from a place that sounded similar. My voice has always had this kind of packed vibrato – I’ve got recordings of me when I was 12 singing, and it’s the same.

There was this retired opera singer who lived not far from me so I used to go to her every week for lessons, from when I was in primary school. We would sing all the operatic, Italian songs, and she’d teach me to start feeling my voice as a wind instrument, which is something that I do more now. You can feel it in your face.

I have weird instruments around my house, so I just have a play, and sing sentences. I’ve always been doing that. And sometimes my writing would start off as poems. [With this album] I wasn’t trying to make music, I was just trying to express something. I had loads of recordings of myself on a harmonium and I kept feeling like I needed to do something with them.

One day I heard Matthew Bourne’s music on the radio, and it was very droney and there were no vocals, so I just started singing over the top. And I remember feeling goosebumps and thinking this is perfect. So in the interview on the radio he said he lived in Keighley, and I’d just moved to Harrogate, so that night I got in touch and said, ‘I have these recordings. I know you’re busy and I’ve done nothing like this ever, but these are some recordings and if it resonates with you can we somehow get together?’.

It was one of those times, you know? Where you get goosebumps? It rarely happens. And it wasn’t like, ‘This is meant to be,’ but I knew that he would say yes, and I knew that I would somehow get to this point. So I sent him my ideas and then literally within a few days he sent them back, but my harmonium was now a synth. And then that made my world bigger, and from there I started to make music from a character. 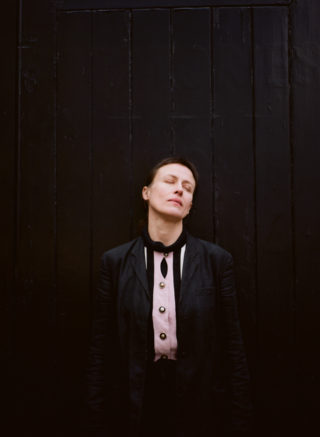 “When I sing I connect to this female energy”

The only way I can explain it is by talking about her – the singer, the performer – and me. It doesn’t feel like I’m expressing what I’ve been through; it’s like freeze-framing an intense feeling – whether that’s happiness or whatever – and literally going into it. When I perform live I feel like I connect to and almost become possessed by what this feeling is, so that I feel it in different parts of my body. And I hear the songs in pictures. When I rehearse with the band I won’t say, ‘It starts with this beat.’ I’ll tell them the time of day we’re in, what I hear, where I am. There are probably loads of other ways to make music which are so much better, but that’s what happens when you get to the point where you’ve left it 40 years before you do anything.

“I lost the ability to speak”

18 months ago, I got myself to a place where everything totally shut down. I think it’s probably a survival thing, and it was just for two weeks, but [it was] totally terrifying. There was no diagnosis, but I felt like I was walking the wrong path, and over time even the thought alone can affect you. I just knew that I had to stop and get myself better. Now I understand what that stillness is, and I am grateful for it. When I sing and perform now I really give a lot of attention to feeling my tongue move, and to my voice.

“I work with a choreographer”

Pina Bausch is a massive reference for me because her performances are set using domestic settings and each dancer is seen as an individual. The dancers move just as a consequence of what they’re feeling, and that’s the same thing I want to do with my music. So rather than just singing a note, I prefer to know what pressure is behind that note. My choreographer really helps me to cut all my senses off, and to get into a state where I can see the world of the song.

“In hindsight, I’m absolute glad I waited to pursue music”

Though I didn’t know I was waiting at the time, I thought I was being forgotten. If I knew I was waiting, I would have waited a lot more graciously! But yeah, now I can make work and I don’t give a rat’s arse if anyone likes it because I’m not doing it for any other reason other than it’s in me. So, yeah, I’m glad I waited. Maybe I will be happy after all… 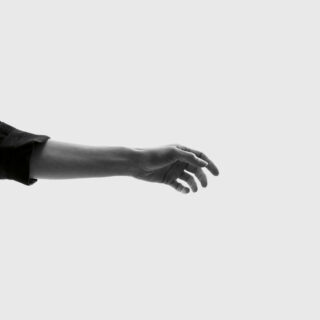