"We don’t have the luxury of time here. It’s better to have values than just hide away."

In the side room of a modest community centre-cum-café in East London, Fay Milton is a little flustered. “It’s been…” she struggles to find the words. Hectic? “Yeah, that’s one way of putting it.”

To be fair, she’s got a lot going on at the moment. Best known as the drummer of post-punk band Savages, one might expect Milton to have had a quieter period since the group went on hiatus following the touring cycle for their last record, 2016’s Adore Life. Apparently not. In the intervening years, she’s embarked upon new project 180dB with Savages bassist Ayse Hassan, toured internationally as a session drummer, and formed Music Declares Emergency, which is what I’m here to talk to her about.

“Basically, for me, everyone I’ve met who’s involved in the climate movement has had this moment where the penny drops and you realise how fucked we are,” she says, frankly. “I had that when I read This Changes Everything by Naomi Klein. It’s like eating the apple from the tree of knowledge – you can’t go back once you’ve read it, and you’ve got to do something about it.” So she did.

“At that point [in 2016], I was really deep in touring with Savages and I didn’t have much of an outlet,” she recalls. “I was going to parties and telling people the world is going to end, and it just felt like no-one cared. It was really frustrating. At that time my response to it was to make some videos about it, and I interviewed some really interesting people – Tom Morello from Rage Against The Machine, some people from NASA – but that felt like all I could do at that time. I tried to speak to people about making our touring a bit greener, but it didn’t seem to be as much of an issue for people at that point.” She’s visibly frustrated by the memory.

Fortunately, it was to become a more salient issue soon enough. In late 2018, a group of climate activists launched a new initiative, called Extinction Rebellion (XR), and Milton made sure that she was involved from its early days.

“It just felt like suddenly there was something that was hitting the nail on the head, and all these people were coming out of the woodwork who’d been thinking the same thing,” she says, and it was as a result of the Big Bang of XR that the founding elements of Music Declares Emergency began to coalesce – albeit with a literal ocean between them at first.

“I’d been working closely with XR on putting together the first Rebellion action. The week that it happened [the first long-term ‘occupation’ in April 2019], I had to go and play Coachella in California. It’s a fantasy land, in the middle of the desert but full of grass that’s watered all the time, it’s incredibly commercial and artificial… it’s a great festival but it’s a distillation of the fantasy world humans live in – like, this isn’t reality. And I was seeing all these images from my Whatsapp groups of what was happening in London, and it looked like fucking Woodstock, like I wanna be there.”

Yet at Coachella – arguably a bastardised, cash-soused descendent of the original, iconic Woodstock – nobody seemed to particularly care. This didn’t make any sense to Milton as she watched the actions unfold at home.

“It just felt like music needed to be part of this, because what was happening felt like festivals when I first went to them, with this real spirit of community and coming together. And if music’s ignoring what’s going on then music’s getting out of date and needs to change. Music represents society and if it’s moving into this fantasy world, that’s not cool.

“Anyway, I got back and it was the last day of the Rebellion, and there was this citizen’s assembly in Marble Arch. I just bawled my eyes out crying because it was so emotional.”

That night, invigorated by what she’d seen, she resolved to start a music-specific climate initiative, and began laying the foundations for Music Declares Emergency. 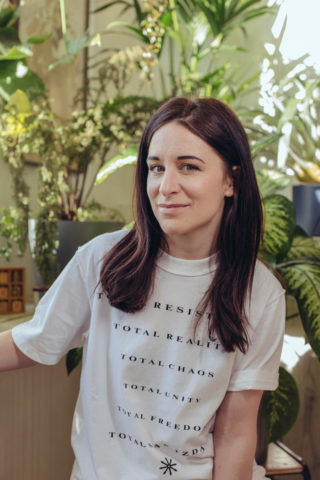 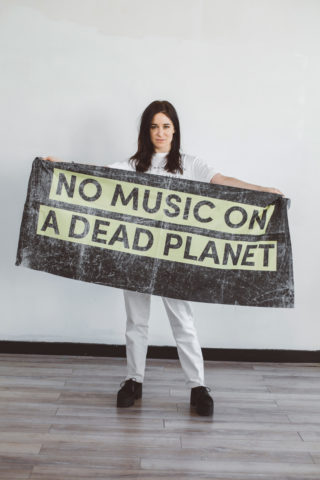 From the beginning, Extinction Rebellion and its fringe activists have been subject to significant criticism. The climate “sceptic” tendencies of the right take issue with its perceived hypocrisies, barely concealing their contempt for the issue; the activist left, though broadly supportive of the movement’s objectives, have expressed concerns about the group’s tactics, and particularly its relationship with the law. Last year, the grassroots legal support group Green & Black Cross issued a rare public statement, explaining why they withdrew their backing of XR, citing “serious concerns about how senior organisers… are approaching legal observation and policing”. It’s not an uncommon complaint among experienced organisers of direct action and protest movements when discussing XR, even if they welcome the movement’s message.

Music Declares Emergency is a separate entity to XR, but it’s closely affiliated, sharing members and co-ordinating its actions. With this association comes the potential of similar criticism – but Milton is resolute in her work.

“We don’t have the luxury of time here. It’s better to have values than just hide away, even if not everything completely falls into line,” she asserts. “The system needs to change.”

This defiance is rooted in a deep familiarity with, rather than a dismissal of, the arguments that have been made against XR and the wider climate movement in recent years, and that has a great deal to with the logic behind Music Declares Emergency.

“There’s a huge barrier to musicians getting involved in the climate movement, and that’s that they feel like hypocrites,” she says. “Being a musician involves taking a lot of flights, so people feel they can’t speak out – not only will they get called out on it, but even within themselves they feel like they’re being a hypocrite and they don’t know how to take a position. But that’s not gonna go away, and we need to deal with it. There’s a lot of mental health issues in the music industry, and if you’re worried about climate but you have to fly for work there’s a real cognitive dissonance which is really unhealthy. But if we get loads of people together, it’s safety in numbers, and if we can know that our industry is making its best effort to work to appropriate, science-based targets, then musicians can feel they have the right to speak on this stuff.

“The climate denial movement, funded by the fossil fuel industry, are changing tact, ‘cos you can’t deny climate change any more, and they’re placing the emphasis on individual change – recycling your plastic bottle and doing your bit – and that’s not going to make any difference if governments don’t set real targets. What we need to achieve is fucking enormous and it’s so much bigger than one person’s action. It’s achievable but it’s about the people who are in charge making changes.”

So far, this macro-focused approach seems to be working. Nearly 3000 artists, organisers and music fans, including big names like The 1975, Foals and Billie Eilish, have signed up to the group’s “Declaration”, which asserts the following:

If all this sounds rather grand-scale, well, it is, and it has to be. However, Milton also has some pragmatic insights and suggestions that may feel a little more achievable on the ground.

“As an industry we’re tackling some key things: single-use plastic in venues, which isn’t as easy to implement as you think, but it needs to be done so let’s just do it. Recording, manufacturing, merchandise – fast fashion is incredibly polluting – the main thing at this point is speaking up and speaking out, encouraging music fans, the public, to speak about it and use common sense.

“One of the biggest things music fans can do is thinking about how they travel to gigs. There’s a lot of talk about artists flying around the world, and rightly so, but actually, in terms of emissions much more is released into the atmosphere by fans travelling to shows. So if you can walk, cycle, take public transport, ride-share… that’s all really important. It doesn’t feel like much but if everyone does it, that’s huge.” 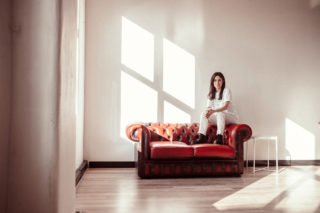 2020, then, is off to a busy start for Fay Milton. On 31 January – the day the UK left the EU – she and other Music Declares Emergency organisers travelled to Brussels to meet Frans Timmermans, European Commission Executive Vice-President for the European Green Deal.

“He’s amazing, a huge music fan,” Milton beams. “He’s been to Pukkelpop 30 years in a row, he goes to Glastonbury, and we talked about how there’s such power in music and it can be used to affect change.”

The symbolism and timing of the trip is significant. “Music, like climate change, transcends borders, and our actions should do that as well. The UK music industry is vast and spreads way beyond this little island.” She concurs with XR’s mantra that their campaign is “beyond politics” – a phrase that’s attracted criticism in itself. With that in mind I suggest that serious engagement with “capital p” politics should be considered.

“The issues are the issues, and whoever’s in charge, no matter what party, needs to make the changes,” she counters. “You could ask an 8-year-old child and they’d know that fossil fuels are bad and we don’t want more of them, and yet there are coal-fired power stations that are still being planned – they’re not even old ones, they’re gonna build more. These are things that governments have the power to change. Policy is really important – things aren’t gonna change unless they’re put into law. But that’s why we need to keep getting out in the streets and getting public support.”

A big year beckons. Milton and Hassan are working on a 180dB album, “featuring loads of amazing people”, and a summer of festivals and some “very exciting” Music Declares Emergency projects lie ahead. Balancing it all can be tricky, says Milton. “I’d have the record done by now if it wasn’t for all this climate stuff. They’re both quite difficult and insecure things to do – there’s a lot on my mind!”

That balancing act has informed the creation of the record. Reluctant to tour heavily while being so visible a climate advocate – “it’d wig me out to get on a plane all the time while doing this – that’s just about personal choice, it’s not a judgement on anyone else” – 180dB remains a studio-only project for now. Milton seems to be enjoying the freedoms that this affords the work: “We can think ‘what kind of music can we do if we don’t have to think about touring this?’”

By finding a way to further attune her life to our ecological reality, it sounds like Fay Milton has hit upon new modes of activism and art-making that were hitherto unavailable to her. There’s something in that. 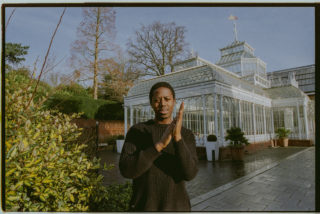