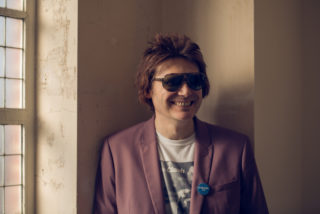 No band defined my teenage years in the same way Manic Street Preachers did. In the preceding years, I’ve undoubtedly claimed a handful of other bands were just as influential, but the reality is they never truly came close. Why? Because the Manics are a band I can vividly plot over a decade of my life against. From debates about their best album born at the back of Wrexham Wetherspoons 20 years ago (and that still flare up today) to winning tickets on Radio 1 for their 500-capacity gig at the Cardiff Coal Exchange a lifetime ago in 2001, the touchpoints are various and many. I could also thank my cousin for turning me onto ‘Gold Against The Soul’ in a painfully expensive Virgin Megastore or Brian, the owner of Moonlight Records, for providing a steady supply of live bootleg CDs from under the counter. But it was watching them sweep the ’97 Brit Awards as the triumphant ‘Everything Must Go’ propelled them to a fame they (admittedly) didn’t expect or massively enjoy that felt like a personal vindication after the aftermath of Richey Edwards’ disappearance.

In the ’90s, Wire, Edwards and Bradfield (sorry Sean) were the A4 icons I gravitated towards the most – Richey with his fragile torment, Nicky for his unashamed glamour, James with his militaristic intensity – posters cut from Melody Maker and plastered on my bedroom walls. In that context, it’s almost improbable to think of Wire as a near 50-year-old man, and while it’s a reality that also ages me as a fan, it’s a realism he’s all too aware of himself.

In the context of the Manics’ own history, a decade would’ve been a lifetime had they followed through on the contemptuous promise that preceded the coruscating ‘Generation Terrorists’ and split up on its release, but, thankfully, they’ve embraced their longevity with an awareness, grace and relevance that didn’t always seem possible. As a fan, I might have drifted in and out over the last decade but as Wire attests in our conversation, “you go back to something because you remember how it made you feel.

History, then, becomes a prominent topic during our conversation, even with ‘Resistance is Futile’ – the band’s thirteenth album – released next month on April 13. It’s easy to forget the fact that the Manics were relentlessly prolific in the band’s early years. Most bands would be happy to celebrate a 10-year anniversary with a deluxe re-issue but when you’re juggling 10 year anniversary releases with 20 year anniversary tours and new albums in between, reconciling, celebrating and reflecting on 32 years of history becomes unavoidable. 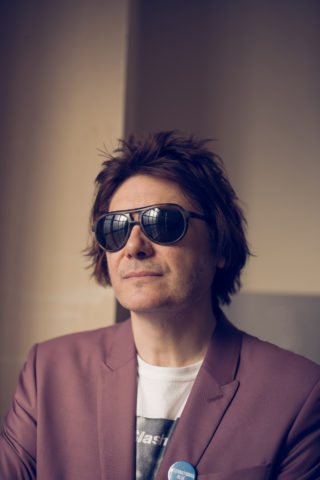 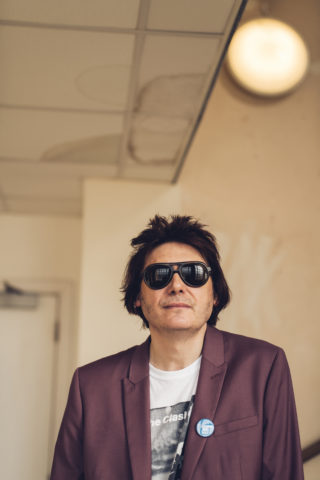 It was 32 years ago and I thought for a moment, ‘fucking hell, that’s actually older than me!’ then I realised I’m 48 or 49 or whatever. I think sometimes the best route is almost delusion and to just keep ploughing on because the moment you look back too much it’s actually really frightening. Those kinds of things do take your breath away.

“We just wanted to sign for the biggest record label and sell as many records as we could, on our own terms”

Right from the start, we were always absolutist about wanting to become as big as we could. I think that’s what made us stand out at the time in an indie world of elitism. With ‘Generation Terrorists’ we were too young to pull off what we were trying to do but there are still five or six songs that we still play every night. In some respect, we did what we said we would… we just didn’t do it on the scale that we hoped.

The kind of posters on my walls used to be Philip Larkin, R.S. Thomas and Morrissey. Back in the ’80s, there were certain things that you followed which were mixed with politics, poetry, miserablism and isolation. In many ways it was easier because we lived in a cold war environment which was much more black and white and easier to take sides, politically. Now, it’s much more difficult to navigate.

“It takes a lot of fucking effort to be that big”

We made ‘The Holy Bible’, which was our least commercially viable album, and then out of nowhere we made your biggest commercial album in ‘Everything Must Go’. At the time, it was an album a year and I think towards the end of ‘This Is My Truth…’ is the only time where everything felt a bit overstretched. ‘Know Your Enemy’ was a reaction against that scale.

“I’m guiltier of looking back than James or Sean”

They are better at being cold and dispassionate in terms of starting something new and fresh but as someone who did history and politics at university, I think I get caught up in it a bit too much. Because I’m so heavily involved in the marketing and the artwork, I’m always looking at angles and thinking about the mistakes we’ve made. It actually ends up being a healthy balance because they are much more blunt and just pretend to listen to me, really.

I think every album checks a box, depending on the kind of Manics fan. ‘The Holy Bible’ and ‘Journal for Plague Lovers’ are on the darker side but then ‘Everything Must Go’ and ‘Postcards From a Young Man’ still have that depth but are bright and pop. Then you have ‘This is My Truth’ which is long and boring and musical, but ‘Futurology’, for instance, even before we made it, I knew the theory was going to be European art movement, we’d go to Hansa studio and record it in Berlin. Sometimes, it doesn’t need any of that and you just write the best songs you can.

“The idea of melancholia has always dripped through the Manics”

Richey and I were addicted to the sadness and loneliness of poets like Stevie Smith, Sylvia Plath and Phillip Larkin. Obviously at the start it was mixed with slogans and anger but something like ‘Motorcycle Emptiness’ is really imbued with a sense of Welsh melancholy that felt at home in the neon wilderness of Tokyo. I think we’ve always had that sense of longing from the beginning, and it does come out in a different way with age. The words aren’t as angry or contemptuous because I’d never want to try and write as amazingly as Richey did. It’s just not my style to cram that many words in, but I think a track like ‘International Blue’ could have been written by us 25 years ago because it has that youthful love of something.

“I just haven’t got the fortitude I once had”

Responsibility preys on my mind a lot. I still live close to my brothers, my parents live about 10 miles away in Blackwood, so I’m visiting them more as they get older. And then there’s the responsibility of having kids. It’s just not as easy as it was being 25 or walking to school wearing a dress. It doesn’t stop me doing anything, it just adds a weight to everything trying to marry all those elements together. It’s also stuff like walking the streets that I used to walk and the way those memories flood your mind. I wish I could be as cocksure and indifferent to other people as I was – as we all were – back then, but now I think I just have more doubt and confusion.

“We’ve still got songs to write”

I really do believe that. I think with this album I’ve risen outside myself, probably because I have to face up to the fucking maelstrom of being my age. A lot of the songs on the album are mini-tributes to people like Yves Klein, Dylan Thomas and the places that inspire me. I’m still obsessed with words and I still think we’ll do something really wide and expansive as a band in the long-term, so I’m not so worried about that; it’s more where we fit in the world. Luckily, we still have that sense of being relevant.

“Survival is a good word”

It gives us the energy and dedication that we need for us to be our best. It’s having that slight desperation, and when you’ve seen so many fucking bands come and go, and you look back at the fact that they’ve split up, reformed, come back and then returned to obscurity, we just hope we keep getting more time.

With words, it’s always easy to think you can do something with them in isolation but then when we play back a song like ‘Hold Me Like a Heaven’ and it feels equal to most of the things we’ve done, as long as those moments are there, and as long as we don’t turn into caricatures, we won’t prevail but we will survive.