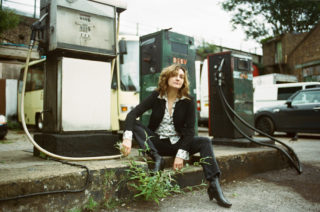 The ex-Slits member and author discusses where our future rebels lie, her mother's continued influence and quoting Jack Black in School of Rock

Viv Albertine is not a musician. Briefly, in the late ’70s, when her band The Slits found themselves at the heart of punk, sharing bills with the Sex Pistols and The Clash and releasing ‘Cut’, the great art-rock record of its generation, she might’ve looked like one. She might’ve again in 2012, even more briefly, when she put out a low-key solo record about life as a middle-aged divorcee mother recovering from cervical cancer.

Outside of those times, though, she never even listened to music, instead becoming a sculptor, a filmmaker, a keep-fit guru and most recently an author, finding a blunt, uncompromising but inclusive written voice with her memoir Clothes Clothes Clothes Music Music Music Boys Boys Boys in 2014. But she’s not any of those things either. In fact, it’s difficult to pin down exactly what Viv Albertine is, except for someone who expresses herself, provokes, rebels and generally rejects any societal convention she deems pointless.

We met at Primavera Sound, where Albertine was promoting the Spanish translation of her memoir with a Q&A session, but conversation soon turned towards her next book, an autobiographical piece of nonfiction called To Throw Away Unopened, which she says is a more reflective exploration of female expression than her memoir. That book featured in its first half gallons of blood, Sid Vicious teaching her how to fight and Johnny Rotten’s penis that smelt of stale urine, and, in its second, miscarriage, cancer and domestic abuse. It communicated something rather inspirational about the virtues of change, experience, maturity and bloody-mindedness.

The new one, she says, is inspired by female writers who are “so far ahead of anything that white men are doing”, so in that sense, Albertine is carrying on what she began as part of The Slits: offering an honest, insurgent female voice for contemporary times. Just don’t ask her to pick up a guitar. 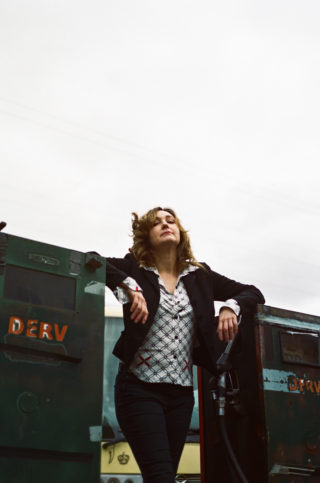 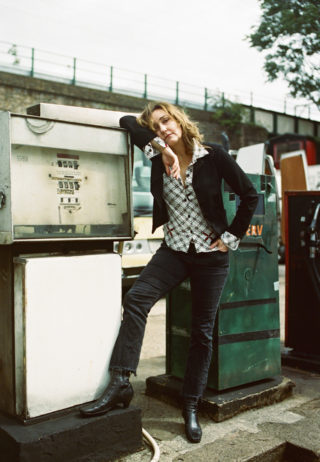 “I don’t play any music anymore”

I’m terrible. Either I’m 100% into it, or I’m not at all. Currently, I just feel that the whole genre of music for Western people doesn’t deliver what I’ve been brought up to expect, which is a sort of radicalness. I don’t think it’s an arena for that anymore – it’s not rebellious, it’s not radical. It’s a complete industry now, part of the entertainment industry, which is fine, but what slightly worries me is whether young people can discern what is manufactured and what is real rebellion.

For instance, my daughter, when she was younger, would go and see [name redacted] – don’t mention his name! – a very upper-middle-class boy covered in tattoos singing in a mockney accent, and I wondered, could she tell the difference between someone who’s an entertainer taking on a persona and one who really lives it?

I’m always quoting that Jack Black line from School of Rock, “you’re not hardcore unless you live hardcore.” But we were hardcore – we lived that life. We were what we said we were. Now, you put on a leather jacket and you tear your jeans and you become a character, and people think you’re a rebel but you’re just donning a costume.

I suppose some of the avant garde classical music is more interesting, and I do go to Cafe OTO from time to time and hear stuff there, but even there there’s something very precious about it all, and everyone’s white and middle class. You can’t divorce an art form from the people who watch it and arenas you see it in. There’s that saying about how something isn’t relevant unless it’s talking to the working classes, and I really feel that.

“It doesn’t matter how you dress, you won’t look alternative”

Everything’s mainstream – you do something even vaguely transgressive and within six weeks it’s on a t-shirt in TopShop. Business and commerce has realised that they can take dissent and turn it into money very quickly. And once that’s happened, society’s dead: everything a child tries to do to rebel is immediately turned into something you can sell, so that’s why I’m very wary of music now, and of art.

It’s more authentic. I’m not wedded to music, I’m not wedded to film-making, I’m always just drawn to a medium that is the most interesting, so I shifted because I thought it was a more interesting medium to work with than three-minute songs. I love the long form – even though I used to love the constraints of a pop-song, I now feel I want to test myself and develop a thought or a theory over 400 pages.

I love nonfiction particularly. I feel it’s really taken over from fiction. There’s too much stuff that has actually happened to read about stuff that hasn’t, and I like the resonance of things being true. The new book is autobiographical, and a little more reflective and unusual in its structure compared to the first book. I started off trying to write a fiction novel about a nasty middle-aged woman and then as I wrote, of course, I was like, ‘Viv, come on, it’s you!’ I’d been having these murderous thoughts, and I didn’t know if everyone had them so I thought I’d hide it all in fiction. But I decided against it and then the book became more about unveiling the horribleness in yourself, which I think the first book did to a certain extent, but this one does even more.

“I think women writing nonfiction is the most exciting thing that’s going on at the moment, and women of colour even more”

I’m reading Rebecca Solnit, Maggie Nelson, Chimamanda Ngozi Adichie – all different kinds of writers. Some of them are quite academic and I find that quite hard, but I struggle through because I think it’s so exciting that a way of writing that’s billed as feminine or womanly is actually so far ahead of anything that white men are doing. I think it’s going to be so liberating for young white men just to take a step back, artistically, and stop putting out what they think is art and listen to other people in the world, because there’s just so much to learn.

Even the structure of how these women are writing is new and different, and the way they use words is so different. Sometimes a whole book will almost feel like a musing, it’s so gentle. But I don’t mean “gentle” in a feminine way; it’s just so nuanced and different to a way that we expect art to be. 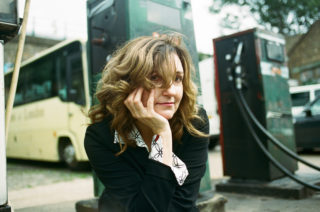 I was working class and had no culture at home, so I have to trace it back to the way my mother brought me up. She was so determined, as I think a lot of women of that generation were, that her daughter wouldn’t live the constrained life that she did – so that generation of mothers after the war bore a generation of feminist, militant girls. She encouraged me to take risks all the time, which girls just didn’t do then, so she was always standing up for me and pushing me, and I failed and I failed and I failed and it’s not like I was a clever kid or a very artistic kid, but she never gave me the sense that I couldn’t reach for anything.

She gave me this drive for things – that’s her drive. It’s her generation’s frustration. I’m trying to do the things that she was never able to do. There’s a Gloria Steinem quote, which is, “I’m living my mother’s unlived life,” and I think yeah, that’s me. Left to my own devices, I would be much more boring and lazy, but she pushed me to live the life that she couldn’t, she stripped the fear out of me. And she rewarded me with love every time I took a risk, until in the end it felt normal, which was very unusual for girls at that time. She passed away in 2014, so I’m still processing it to a degree.

Modern psychoanalysis and giving conditions names dilutes the intensity of that. It makes you less individual, in a way. In a way that’s a relief – for me it’s a relief to learn that I’m on the autistic spectrum, as it makes sense of my social difficulties in life – but at the same time it stops you being that strange peculiar person that you were. I mean, maybe if Ari knew that she was this or that, and was diagnosed and sent around to different doctors, things would’ve been different. But she wasn’t sent anywhere except the 100 Club, and expelled from school, as I was, which forced us into an alternative path. If we’d had a path that was medical, then that might’ve calmed us down.

It was like the Wild West. It felt particularly terrifying for us girls to be dressed the way we were: police couldn’t care less about us – their take was that we had it coming and we looked like aliens – and the skinheads’ take was that if you’re not going to dress like ‘a woman’, we’re not going to treat you like a woman.

The men in suits thought that if you want to look like that we can treat you like shit, and it was as if all the misogyny that was inside them could come out because we weren’t playing the game of looking like ‘a woman’ so now they could put all their hate onto us. The whole music business was run by men, whether it was DJs, A&R men, PR people, and the streets, the businesses, the schools, dentists, doctors, everything was run by men, and so we were hated. Hated.

I never feel nostalgic for that time, because my daughter can walk down the street and be safer than I ever was. My mother used to have to come and meet me off the bus with a knife in her pocket, it was terrifying.

“I’m not a legend, but I do feel like a survivor”

I mean, I’m exhausted, I’m absolutely shattered. It’s all very well saying live the dream, grab this and take risks, but there are consequences to living alternatively, or going against the grain. There is loneliness, there is illness, there are times when you’ve got no security.

I mean, surviving cancer is one thing, but I’ve survived all the knocks too. Everyone has knocks in life, but I’ve put myself in the way of trouble non-stop. I still do it, I can’t help it. The new book looks at that, at how I’m still setting myself up for being knocked down: I think I’m slightly addicted to it. It’s something that started quite young. In the sixties, everything was about rebelling – the counterculture was about rebelling against authority, about making unrest, and that’s sort of all I know, and I’m surprised by how much of a punk I still am – it just hasn’t gone away. I still adhere to the ethos of truth-telling, minimalism, using your own authentic voice, not becoming Americanised or whatever, questioning yourself, questioning everything around you, questioning authority, no heroes. My daughter finds it all very old-fashioned!