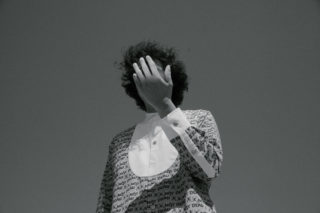 Moses John Archuleta is the founding member and drummer with Deerhunter.

In the background, away from the Atlanta band’s output, he’s been working on his own material for a decade, but has finally chosen to share more of it under the title Moon Diagrams. The first time he worked on any of this stuff was way back after the release of Deerhunter’s ‘Cryptograms’ in 2007. Since then he’s revisited it during three different periods.

Now, a full album is done. ‘Lifetime of Love’ is coming out via Sonic Cathedral and Geographic North on 30 June.

‘End of Heartache’ is the first track to be shared from it. There’s a New Order, Edwyn Collins or even Chic, forlorn disco-pop feel about it.