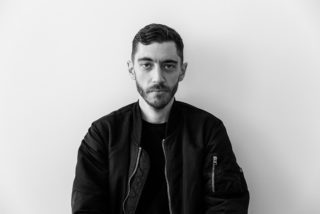 Whether he’s crafting a night-ending banger or a subtle ambient track, Matt Karmil makes music with a few principles in mind: simplicity, space, repetition. The UK-born, Stockholm-based producer picks his textures, beats and samples carefully. Only the ones that can reveal something deeper after they’ve been looped countless times will stand up to scrutiny.

At least, that seems to be how he works. Each sparse element feels purposeful. It can’t be luck. What’s more impressive is how he contorts these sounds to get into the listeners bones.   Take ‘Mortals’, the latest single from his upcoming album, ‘Will’. Its fuzzed-out synth and earthy kick come in and out of focus, growing hefty and dissolving gradually. Self-recorded city noise fills in the gaps, like we’re woozily moving from basement clubs to neon alleyways and back again.

The track takes influence from the hypnotic landscaping of GAS, while its structure feels like a classic club tune turned inward. After playing with sunny deep house cuts over the past few months, ‘Mortals’ returns to nighttime soul-searching . It’s just one part of a continuous piece that makes up the new album, but even on its own, Karmil has pulled us along for a journey.

‘Will’ is released on 27 April by Smalltown Supersound