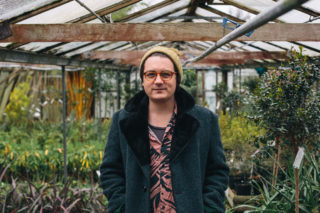 The 'Waters EP' is coming

Earlham Mystics is the alter ego of Luke Abbott.

The way it has been described is as an opportunity to hop onto an “alternate timeline” for his career, which is a nicer on the eyes way of saying it’s a kind of side project.

And by the end of the year, he’s likely to have released an album’s worth of material under the guise.

First came the ‘Truth EP’, out back in March, which featured the beautiful title track ‘Truth’ and ‘Stolen Hearts’ which remains a favourite.

Now, he’s just confirmed that this Friday (28 July) he’ll put out a new four-track collection, the ‘Waters EP’. It’s the second in a trilogy of recordings. Again, it’ll be coming out via Gold Panda‘s NOTOWN Recordings. First digitally, then physically on 12″ vinyl on 15 September.

The release is proceeded by this new track ‘Waters’.

If you like the sound of it, Luke’s DJing at Corsica Studios, London on 29 July, too.