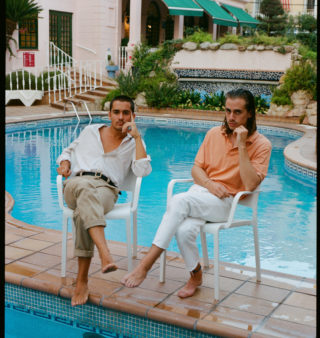 You could look upon a certain type of Spanish hotel bar as being a slightly grim place – a bunch of pink-skinned Brits smelling of Aftersun, drinking German lager and watching the “live entertainment” advertised in reception earlier in the day. We all know it’s usually a weary local with an accordion or someone doing Ed Sheeran covers.

Family Time are a band. Two Spaniards who left London for the island of Mallorca. Once they’d set up a studio, recorded a few songs they decided to assemble a group and take them on tour. Except, Mallorca doesn’t really have a string of Academy venues to try out that material. Hence why they took it out in front of the people enjoying their all-inclusive package holidays (ATOL protected).

Family Time play The Shacklewell Arms on 16 November, and The Victoria (both in London) on 29 November.