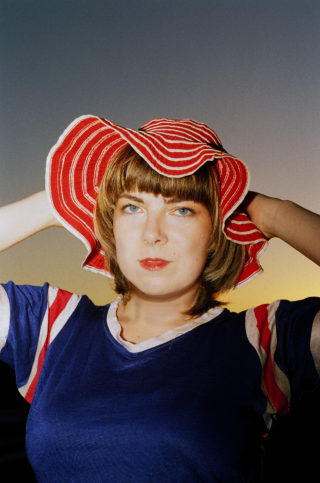 Every year, in September, POP Montreal festival takes place in Canada. They put on hundreds of bands, thousands of people turn up, and it’s all about showcasing Canadian talent (plus, some international heavy hitters). It’s doesn’t have a bad track record either, Arcade Fire and Grimes have both played in the past.

Anyway, this summer POP Montreal is heading overseas bringing two Canadian acts to the UK for a bunch of gigs in Wrexham, Brighton, Liverpool, Glasgow and London. Pierre Kwenders is playing, but so too, is Mozart’s Sister.

Caila Thompson-Hannant released her album ‘Field of Love’ via the impeccable Arbutus earlier this year.

This is our favourite song of hers ‘Moment 2 Moment’. She says it’s a “bratty, twee love song”. Just check out the video. It’s how all pop videos look before they’re aggressively polished.