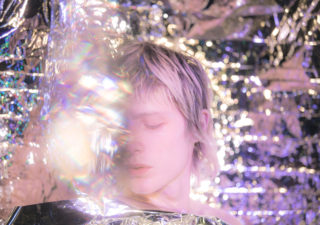 It's a psych-pop trip

It’s been a while since Hannes Ferm – aka HOLY – released any new music. Two and a half years to be exact since the release of his home-recorded debut album ‘Stabs’.

HOLY spent almost all of last year working on new material at a studio in the Swedish capital, and will release a new album in 2018.

Today, the Swedish musician, originally from Umeå, now based in Stockholm, has just shared a new track that fans of the more accessible end of psych will enjoy. Think Tame Impala, Flaming Lips, Pond.

This is ‘premonition / ◯ / it shines through’ – out digitally from tomorrow (22 September), and out on 7″ vinyl on 3 November via PNKSLM Recordings.

HOLY also has a handful of UK shows coming up – starting next week: