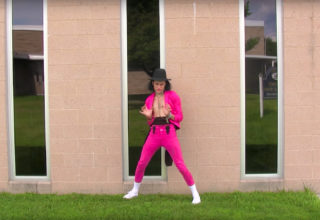 It involves wearing a fuchsia suit and falling in a lake

Sure, there are a lot of guitarists called Steve out there. This Steve, though, Delicate Steve is a bit special.

He’s supported Tame Impala in the past, was once signed to David Byrne’s record label and has collaborated with a list of artists that includes Mac DeMarco, Dirty Projectors and t-U-n-E-y-A-r-Ds. Generally, he’s the guy you get in if your new stuff needs a dash of weird imagination. He also played guitar on Paul Simon’s latest album.

A little disappointingly he’s not the guy in the video for ‘Cartoon Rock’ wearing the electric pink suit and lipstick, riding a skateboard around a deserted car park, falling in a lake, planting flowers and doing forward-rolls for no apparent reason, that’s Christian Peslak, who also directs the clip. In it, Christian does everything that any band’s frontman should do. That includes gymnastics in a field.

Delicate Steve hasn’t released an album in four years, but he’s bringing a new one out on ANTI on 27 January. It features no singing, and it is called, quite simply, ‘This, Is Steve’.

I mean, just look at that album sleeve… 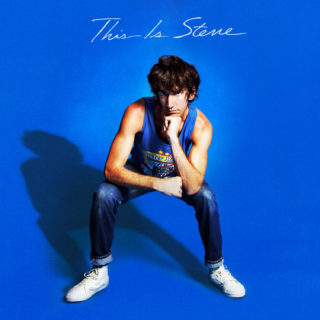