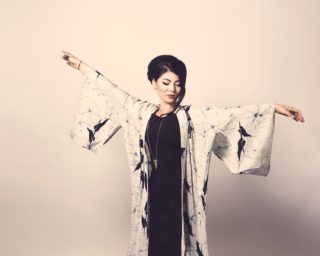 If you’ve been keeping tabs on London artist Gaika, who recently signed up with Warp Records and released an EP called ‘Spaghetto’ this month, then you’ll have already heard ALYUSHA. The pair co-wrote and collaborated on ‘The Deal’, a song she lends her vocal to. Back in the summer she released her second single ‘Paradise’ with Linden Jay (producer with Lion Babe, Rejjie Snow) and toured with Submotion Orchestra.

Self-produced, ALYUSHA will released her latest track ‘Moshi Moshi’ on her own label, Tsuru. Half Japanese, half British she only played her first solo show back in the spring, but if you’re into it, she’s playing London’s XOYO on Tuesday 29 November.