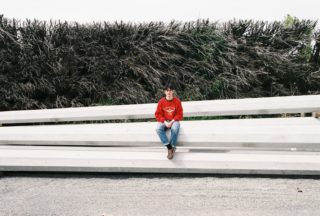 Of course there’s a lot of people talking about the return of Lorde today. But hey, while not as many people have been watching Kane Strang’s new video maybe they should be.

The clip for ‘Oh So You’re Off I See’ features Kane, and band, performing in the rugged surroundings of Central Otago, New Zealand. That’s where he’s from.

If you dig Weezer, Car Seat Headrest or just garage-rock in general, it might be for you. He put out an album, ‘Blue Cheese’, in 2016, and has now signed up with Dead Oceans who’ll put out another one some point soon.

He’s going to be in the UK to play The Great Escape in Brighton.