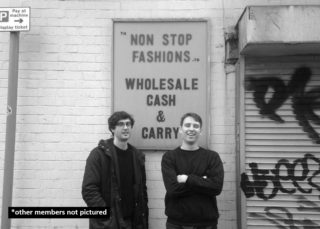 'Unrivalled Work Ethic' is getting a release on Havana Tapes, but have a listen here first

True to the EP’s title, they’re putting some graft in around the release playing the following shows.

Listen to ‘Unrivalled Work Ethic’ below.