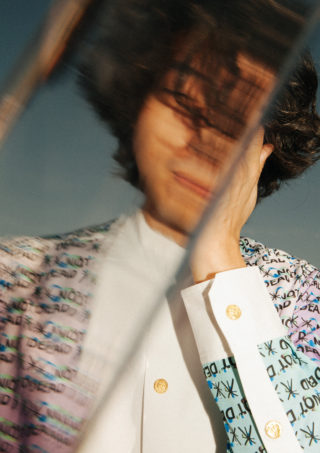 Before the end of the month, Moses John Archuleta, founding member and drummer with Deerhunter will release his debut solo album under the name Moon Diagrams.

‘Lifetime of Love’, which has taken him 10 years on and off to commit to tape, will come out via Sonic Cathedral in the UK on June 30.

Ahead of that, he’s just shared a new clip for the penultimate track on the album, ‘Bodymaker’, with Sian Ahern from Eaux on ethereal vocal.

The track is beautiful; the visuals are oddly gross but sterile – probably something to do with the rendering of a heart and pipes of semi-solid goo that slip around and over it.

Next month he’ll begin touring the album, performing dates in the US with the likes of Atlas Sound, Algiers and Hiro Kone. There might be shows in the UK soon, too.