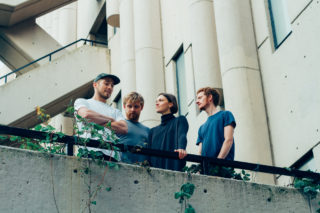 Leeds, of course, is known for it’s thriving DIY punk rock and indie scene. But for a long time now – often owing to the presence of the College of Music – it’s been fertile territory for experimental music of all kinds.

New collectives are always emerging, and a spirit of collaboration runs through it all. Noya Rao are one of the latest. Tom Henry from the outfit is part of any number of Yorkshire bands – including Gotts Street Park who we featured earlier this summer.

They’ll release their debut album ‘Icaros’ towards the end of this month (24 November) on Gondwana Recordings.

But first, they share this new track ‘Midas’. Typical of their sound, it merges jazz, R&B and electronica into a soul-pop concoction. It reminds us of SBTRKT’s early work.