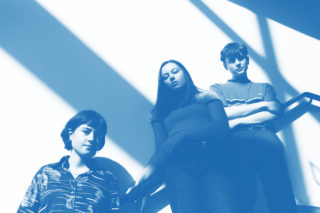 Listen to the trio's new track 'Sugar Tastes Like Salt'

All anyone could talk about when The Orielles first emerged a couple of years back was their young age. In fairness, they did appear have an almost unnatural songwriting wisdom given their years (14/15) at the time.

They’ve just shared a new track, it’s called ‘Sugar Tastes Like Salt’ – an 8-minute Gang of Four-style lick driven by an old disco beat which turns into something all together more feral.