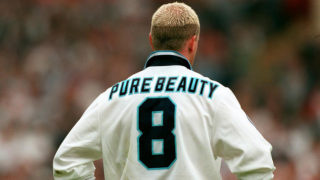 Listen to the London funk punk band's new EP, and buy it for any amount you like

When the sun used to come out in 2011, we’d put on ‘Everything Is Dancing’ by London ‘tropical punk’ trio Fair Ohs – a group who’d grown bored of thrashing in hardcore bands and realised that playing Paul Simon and African highlife was a bit more fun.

After their second album (‘Jungle Cats’ in 2013) they quietly wound down the band and have slowly become Pure Beauty. There was no bust up – in fact Pure Beauty isn’t even from the ashes of Fair Ohs: it’s the same three guys, plus saxophonist Sam Ayres, who’d joined the band by the time they hit their second album. It’s just that now they’re playing jazz funk fusion, again through the prism of guys who grew up in DIY punk bands… and maybe once had obsessions with early Red Hot Chili Peppers.

They’ve just posted a new pay-what-you-want 6-track EP on their bandcamp page. It’s good for the sunshine too.