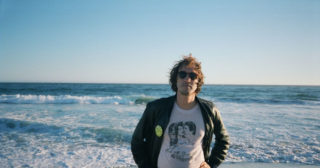 I think we can all agree that ‘Don’t You Forget About Me’ is the greatest pop song of the 1980s. Still. Regardless of how many times you’ve heard it in bad parody films. Even when Simple Minds played it on Strictly last year, looking not like they did in ’85 (and they looked bad then), it wasn’t enough to crap on the song itself.

This is only relevant because today we were sent an album by Part Time – aka LA experimental pop artist David Loca – which sounds like it belongs in a John Hughes movie. We’d never heard of Loca, although maybe you have – he’s released over 10 albums already, with the forthcoming ‘Spell #6’ being his sixth “official album.”

The track below, featuring Ariel Pink, alludes to how romantically mopey the new album is, although not as much as ‘Spell #6”s opening track, ‘Before You Fall Apart’. That’s not online yet, so you’ll have to make do with ‘I Can Treat You Better’ for now. It’s still pretty good.

The rest of the album will be out via Tough Love Records on 2 November 2018. If you like this, stay tuned. Although putting you fist in the air when you do hear ‘Don’t You Forget About Me’ – yeah, that really fucks that song.