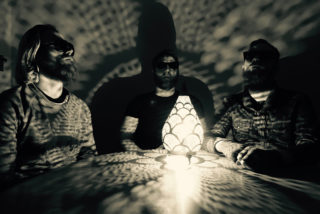 Earlier this year, we brought you the first listen of ‘Death Surf A52’ – the 7″ single Derby outfit Unqualified Nurse Band released via the Too Pure Singles Club.

It went on to be a total smash – reaching the dizzy heights of 74 in the UK Physical Singles Chart (yeah, there’s still one of those).

Now, some news. They’ve made a new album. Their second. The follow-up to 2016’s ‘Debasement Tapes’. Six tracks, totalling 34 minutes. It’s called ‘Trashland’ and comes out on 20 October via Medicine Music/Reckless Yes Records.

Here’s the first track from it, ‘Transplosion’.

They’re going on tour in October, too, starting in their home town at The Hairy Dog on album release day. Book an appointment.