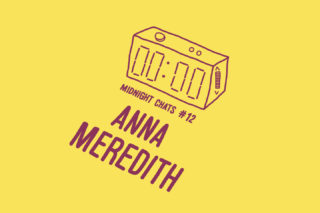 Here's a special episode of the podcast, recorded to a live audience at End Of The Road festival

Here’s something different from our Midnight Chats interview podcast – we recorded this one in front of a live audience at End of The Road festival, with my guest Anna Meredith. It does mean that the sound is a little tinny, but maybe that adds to the atmosphere of a couple of people banging on in the woods of a festival. And besides, what Anna has to say is interesting, at least.

We spoke about her origins as a composer, how she doesn’t follow popular music hardly at all and her year of in 2016 as an electronic musician releasing her debut album. Then she went off and played her show.