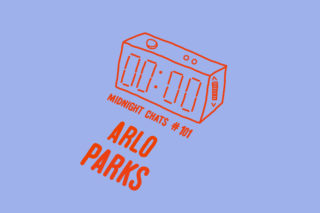 Arlo Parks is still only 19 but she’s already making films for Gucci with Gus Van Sant, performing at Glastonbury in the year when there was no Glastonbury, and preparing for the release of her debut album, Collapsed in Sunbeams, in January 2021.

She loves poetry, horror films, King Krule, Radiohead and almost all types of music. We talk about it all on episode 101 of the podcast.

This episode was record in person, AT A SAFE DISTANCE THAT WAS ON THE LEVEL.

Listen below or via your podcast app of choice.

You can support Midnight Chats here

Arlo Parks – A young poet dissects her own feelings