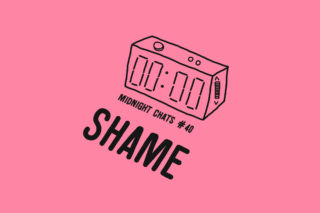 It’s been some 18 months for Shame – the five school friends from south London who formed a band based out of the free-spirited Queens Head pub in Brixton. Their year-long slog playing hundreds of punk shows culminated in a thrilling start to 2018 – that self-generated hype saw them land on the cover of a certain daily broadsheet and their debut album, ‘Songs of Praise’, penetrated the giddy upper echelons of the UK album chart.

They’ll always remember release week, which concluded with a night spent in their local Whetherspoon pub with a table full of milk and Szechuan sauce (before they were asked to leave).

A couple days on from that – just before they stepped on a plane to tour Australia and America for the next two months – their 20-year-old frontman Charlie Steen dropped by our office to record this conversation.

The physical and psychological toll of relentless touring, peoples’ fascination with self-destructive rock stars and how his biggest concern about an impending 24-hour flight is not being able to have a cigarette were some of the topics covered. That, and just how good Australian garage band Eddy Current Suppression Ring were. The answer is; very good.

There are lots of archive episodes of Midnight Chats to dive into – including conversations with Craig David, Franz Ferdinand’s Alex Kapranos, Charlotte Gainsbourg, Mac DeMarco, Laura Marling, Ryan Adams and many more.