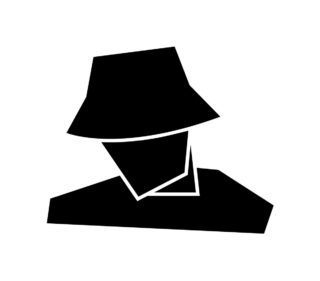 Actress’s music has never felt of this era, but the release of 88 feels especially cryptic. Casually dropped onto an anonymous Bandcamp page, the album initially required listeners to crack a password (hinted at only by the clue “Fate and Love”) to access. Doing so reveals a free download of the album, constructed as one long track. A pdf accompanying your download uncovers a tracklist for another album called Karma and Desire that fans have been anticipating for some time. That one is 17 tracks long and will feature a slew of collaborations, that are for the moment obscured by ∆ symbols. At the bottom of the tracklist is another mysterious password whose use remains unknown.

The puzzle in front of us adds to the obscurity, otherworldliness and alien aesthetic that runs through the heady strain of dance music that Darren Cunningham makes as Actress. Diving deep into his puzzles has always been rewarding, and 88 really does feel like a gift to fans waiting for new material. All the promotional hints towards a more high-profile release to come might suggest that 88 is nothing more than a stop-gap to tide fans over, a tease to fuel the hype machine. Thankfully the record succeeds fully on its own merits. Like Arca’s hour-long ‘@@@@@’ that arrived before the pop bombast of KiCk-i, this an album of off-beat experiments, wonderful asides and gorgeous world-building, intended to celebrate exactly what makes Actress’s music so appealing when its pushed to his darkest corners.

The decaying synth runs and clattering club noise of its first five moments rival the collapsing textures of Ghettoville. Actress’s ability to mine deep feeling out of the ruins of the dancefloor hasn’t been dampened. 88 is more understated than his last record, AZD, full of rumbling low end and ghostly textures that cloud most of everything, but it remains a dynamic, explorative experience. The single-track structure works excellently for letting you relax into these meditative sounds, meaning the frequent shifts in tempo and mood are genuinely surprising and joyful.

The airy flutes and propulsion of the 13-minute mark give way to mournful, hollow organs, and then dusty, industrial kicks and mechanical claps. Ambient, IDM and footwork all drift in and out, as ever, pulled out with such a singular approach. In many ways, 88’s structure makes it an intimate, solitary listen. Following Actress through these haunted scenes, I have such a deep sense of where these sounds come from, though I know my own vision of them is going to differ wildly to other fans. The ephemeral presentation and out-of-reach palette means is a record that’s hard to get a hold of, which somehow makes it grip to you even more.

Karma and Desire likely won’t sound anything like the messy, evocative sketchbook style of 88, but it’s a joy to be reminded how wonderful it can be to follow an artist like Actress down the rabbit hole.