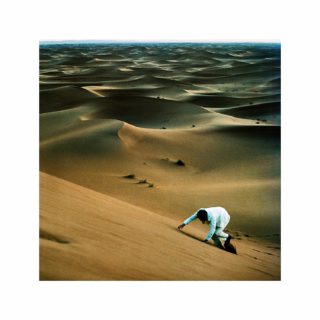 In 2016, Baxter Dury got dumped. He didn’t take it well. After either one week or one hundred he pulled himself off of his sofa with ‘Prince of Tears’ as his crutch – a break up album for all the Ray Winstones out there. Or at least that’s how it starts, with ‘Miami’ and Dury embodying a big fish wannabe gangster bowling through a shit club declaring himself nonsensical things like “The night chef”, “Mister Maserati” and “The urban goose.”

Heartbreak can turn you into a delusional coke prick and Dury has fun with the role, bragging between a female voice of reason that’s as reminiscent of Metronomy as the track’s disco bass guitar. Later, he doesn’t deflect his genuine hurt quite so much, with other dark and funky anti-pop songs about depression (‘Porcelain’) and obsession (the chippy ‘Almond Milk’ featuring Sleaford Mods’ Jason Williamson). Dury’s always been keen to play down his talents, aware of his privilege as the son of Ian Dury, but on his fifth album his composition skills are as insuppressible as his trademark humour. “The sausage man.”