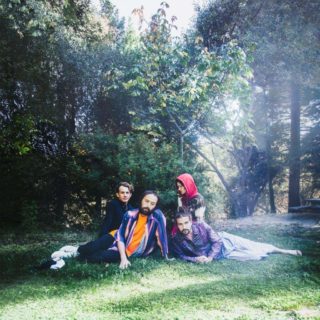 Big Thief arrive at the release of this third record with their copybook still pristine. It isn’t just that the Brooklyn-based four-piece have so impressively squeezed fresh life out of the incredibly well-worn juncture at which rock meets folk; it’s also that they’ve done so by putting out two wonderfully assured LPs in the space of barely twelve months and established singer Adrianne Lenker as a singular songwriting talent who, when also counting last October’s terrific solo debut Abysskiss, has a genuine claim to having personally written one of the calendar year’s finest albums in each of the last three of them.

Actually, make that four. Following 2016’s cheekily-titled debut Masterpiece and 2017’s superb sequel Capacity is U.F.O.F. – an album that makes a mockery of any suggestion that Lenker and her bandmates might have wilted under the pressure of keeping their remarkable purple patch going. Instead, the audience that their work so far has amassed, and the goodwill that it has bought them, appear to have granted them real creative freedom, as this is their most stylistically ambitious record yet. It’s softer than their previous work; the percussion is pillowy, and there’s something in the way that the deceptively complex vocal and guitar melodies cross over that lends the whole thing an airy warmth, with the exception of the ominous, relatively discordant ‘Jenni’, or the abrasive closing moments of opener ‘Contact’.

There’s an impressionistic bent to U.F.O.F., too. ‘Cattails’, the quiet hypnotism of which most bands would spend forever trying to get right, apparently came together in a few hours and was nailed in its first take. There’s a sense that the rest of the group have locked into a rock-solid groove with Lenker regardless of which avenue she chooses to go down stylistically – this is especially true of bassist Max Oleartchik, who’s nuanced playing throughout the album provides it with an elegantly unobtrusive beating heart.

Once again, though, this is Lenker’s record, scored through with a subtlety and intelligence that she has made her calling card. It encompasses the unique way in which she modulates her vocals, her complete harmonic command of her guitar, and her handsomely idiosyncratic lyricism, somehow at once both revealing and oblique. She is beginning to deftly position herself somewhere between Nick Drake and Bert Jansch, neither of which are comparisons made lightly. How long can she keep the run going? 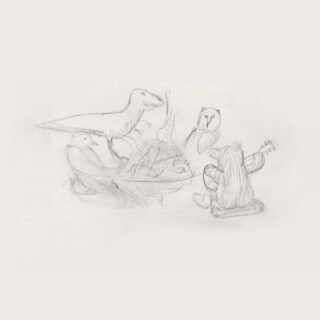