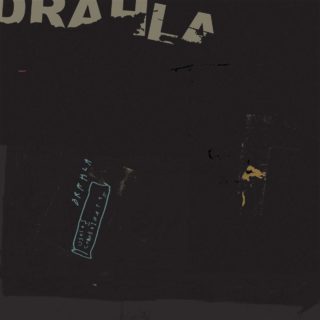 It’s taken Leeds’ Drahla a little while to deliver a debut album. The trio first made ripples in 2016 with a string of auspicious early singles. That led onto a deal with the mighty Captured Tracks, support slots with genre stalwarts Ought and Metz, and even a much revered invitation to play at Robert Smith’s Meltdown festival.

Useless Coordinates is here though, and when they got down to it, it took Luciel Brown, Rob Riggs, and Mike Ainsley a snappy 10 days to put it together in the studio. The title alludes to the scattered and unsettled situations the members of the band found themselves in during the genesis of the record.

Despite those disconnected circumstances it’s experimentation – the kind that feels like it’s had time to gestate – that’s the driving force behind this first effort. There’s plenty of it. Like the two minutes dominated by serrated free jazz saxophone on ‘React/Revolt’, before the songs ignites to become a barbed damnation of today’s socio-political environment. Saying that, the experimentalism is still paired with the kind of post-punk they’ve become know for. ‘Twelve Divisions of the Day’ and ‘Stimulus for Living’ see singer Brown break away from her spoken-word observational commentary and convert into a more cutting delivery of piercing utterances, backed up by a sustained barrage of guitar and drums.

Despite the feverish surface appeal of a zealous debut, Useless Coordinates is a considered record. Not faintly hurried, each sonic brushstroke placed carefully and deliberately. 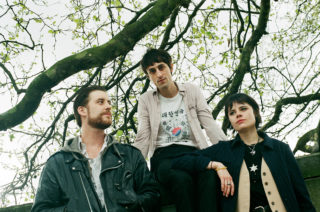