About halfway through 2017, Erland Cooper began to suffer from panic attacks in his London studio. London is already an overwhelming place to be, but it was intensified by the comparative peace of Cooper’s early life. Until he was twenty, he had never left the remote Orkney islands, off the northern coast of Scotland, so the noise of major cities weighed heavily on him. He began to return through music to the landscapes of his early life instinctually, improvising drones and piano in the mornings as a way to soothe himself and naming these tracks after seabirds.

Out of this anxiety-ridden process came 2018’s Solan Goose, the first in a trilogy of albums where Cooper uses neoclassical music to delicately sketch Orkney. The initial album sought to evoke Orkney’s birds, while 2019’s Sule Skerry sent Cooper down into the ocean. Hether Blether, fittingly, brings the whole project home, up onto the land and among the people of Orkney.

It makes sense, then, that this is by far the most vocal of the three albums. Voices appeared briefly on Sule Skerry, but after Hether Blether the vocals on the earlier album feel as though Cooper is checking that the coast is clear before pushing any further. And push it is exactly what he does – this album is covered in snatches of conversation, laughter, spoken word poetry and Cooper’s own singing.

This never upsets the flow of the album, but it makes Hether Blether a more deliberate listening experience. It’s laudably bold – Hether Blether’s commitment to the human voice will keep this album far from the Spotify chillout playlists which make up the vast majority of ambient’s mainstream exposure.

It’s strange, then, that the record could credibly be accused of sounding a little bit too much like unobtrusive incidental music for television in places, like ‘Peedie Breaks’ and much of ‘Skreevar’. What keeps Hether Blether grounded, and what inspires its most moving moments, is Cooper’s unabashed sentimentality. Think of electronic music inspired by rural landscapes in the UK and the obvious reference point is Aphex Twin, but Cooper refuses to muck about with similarly irony-poisoned humour.

Rather, tracks like the steadily pulsating ‘Longhope’ burst with sincere expressions of love for Orkney and its people. This is the kind of thing which could easily put off a lot of people in the current gloomy environment, but sometimes hope is exactly what you need. 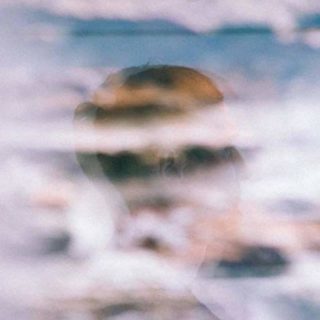 Ready for a trip? Erland Cooper wants to take you to Orkney