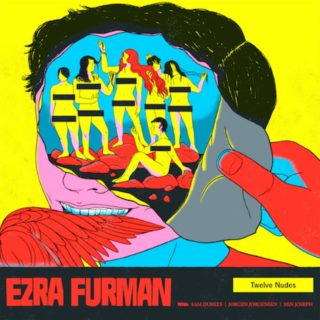 In the half decade since I first saw Ezra Furman peeping out of a festival tent, drawing a crowd with ruminations of how nothing was real and God was a train, “punk” has widened its catchment area. It can now implicate Zimbabwean mbira rhythms and thumb pianos, friendliness and ABBA impersonators. Furman’s character has been assembled in this time with care and astuteness, too – the timid experimentations with a mouth of red lipstick and a flowing polka dot dress have become less about humour and more about identity politics, dreaming of a world where kids can pick a drag name with as much ease as a fantasy football team.

Last year’s queer outlaw saga Transangelic Exodus was a brilliant work extolling a kind of nervy doo-wop punk. The loudness and punctuality is still present in Twelve Nudes, but there’s little room for the overdubs and re-writes that sandpapered the edges of previous releases. The twelve nudes of the title homage poet Anne Carson’s meditations into her own anger and anxiety. Each “nude” (or song) is an uncomfortable grind of self-exploration.

Furman’s first punk album is a furious stroll through rock’n’roll’s park. It sounds like a collection of confident first drafts: the first tracks don’t even have a fully committed-to name, kind of like you’ve rapidly exported some scrawled-down notebook page. There are only eleven “nudes” on Twelve Nudes, which also surely means something. But the short maths is forgiven with a painstaking centerpiece, ‘I Wanna Be Your Girlfriend’. Furman asks if we would find it weird if he changed his name to Esme, in an uncomfortable reminder that his character is still largely tailored to our acceptance. 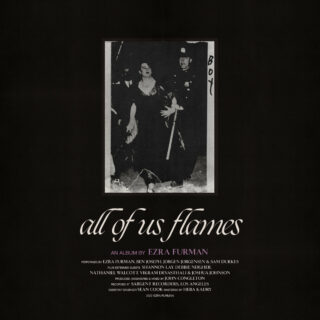 Ezra Furman's All Of Us Flames: a Springsteen-level songwriting champion for the queer community