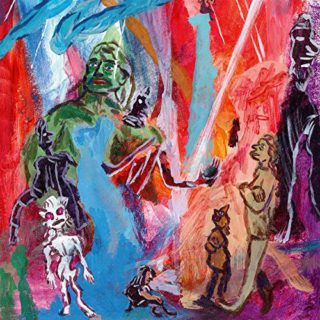 Goat Girl have emerged from the same South London scene that’s given us Fat White Family and, more recently, Shame. They’d also signed to Rough Trade before they’d released anything on record. Between their geography and the timeline of their rise to prominence, there’ll be suspicions in some quarters that the four-piece have yet to put the hard yards in. In fairness, when the message they have to convey is as stirring as this self-titled debut suggests, concerns over how much they might have earned their platform seem petty. They put pen to paper with Rough Trade the day after the European Union referendum, which marred what otherwise would have been a celebratory day, and they’ve channeled their anger into ‘Goat Girl’, which is scored through with scathing commentary on everything from Brexit to prejudice, to the slow decay of the band’s hometown.

Only two of the album’s nineteen tracks breach the three-minute mark and there’s something wholly refreshing about a band so unwilling to overthink their work. Similarly, they don’t sound as if they’ve lost much sleep over how cohesive the record would end up sounding, given that they veer wildly between unvarnished post-punk (‘The Man with No Heart or Brain’, ‘Cracker Drool’), swirling psych (‘Viper Fish’) and undulating slow burners (‘Throw Me a Bone’). The lack of focus threatens to derail proceedings as the album lags a little in the middle, but Goat Girl sound as if they have the potential to be a band for the times; nit-picking, therefore, feels churlish. 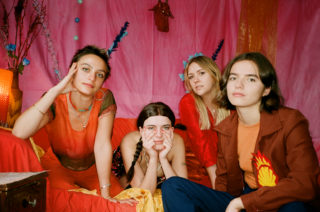