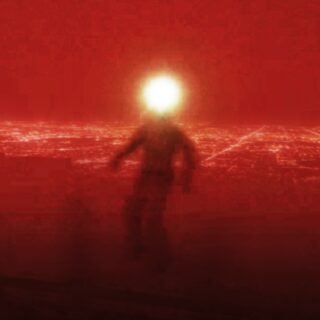 Death has a way of framing people and music in a way that makes looking back in a certain way an inevitability.  After the success of their 2019 self-titled debut, Injury Reserve had all the momentum and were already working on By The Time I Get To Phoenix before the year was out. Less than a year later, founding member Stepa J. Groggs died at just 32.

It leaves By The Time I Get To Phoenix sounding like a posthumous tribute Injury Reserve never intended to make. In the aftermath, some fans forensically jumped back to Groggs’ heart-on-his-sleeve verse about alcoholism and depression on ‘What a Year It’s Been’ in a desperate search to process and get a sense of closure around the unrevealed nature of his passing. And while it’s understandable to listen to the album through a lens of grief and loss, it’s also still a salute to a bandmate and friend framed by a lot of the incongruous defiance that made Injury Reserve such an exciting listen on that debut.

The experimental beats that characterised Injury Reserve are here and still land, but they’re denser, brasher, angrier, hitting different – closer to the aggravated ‘GTFU’ than the clean cleverness of ‘Jailbreak The Tesla’. You can feel the agitation on ‘Outside’ as the album opens and builds up to a barrage of breathless, pounding anger. It’s quickly followed by the discombobulated percussion and vocoder of ‘Superman That’ and the kind of chunky industrialism you’d get if Pixies recorded at a steelworks on ‘SS San Francisco’.

We hear Stepa on ‘Footwork in the Fire’ with its restless Brainfeeder-meets-Death Grips energy, and ‘Smoke Don’t Clear’ is stripped back, throaty and satisfyingly sinister, but it’s not all violent, cathartic discordance. Groggs features again on the staccato ‘Knees’ as he raps over what, fittingly, seems to be a long crashing encore whereas ‘Top Picks For You’ has Ritchie with a T in a heart-on-sleeve reminisce about the once inconsequential things that help to keep a person’s spirit alive. Here, it’s Netflix and Spotify algorithms in action, oblivious to loss, a distinction where both human and machine mine the past for very different reasons. You can hear the rawness in the delivery: the exhale, the smile, the painfully relatable little triggers that both give you comfort and break your heart.

We know this wasn’t the album Injury Reserve set out to make, but as difficult second albums go, we should just celebrate the fact it’s here at all.